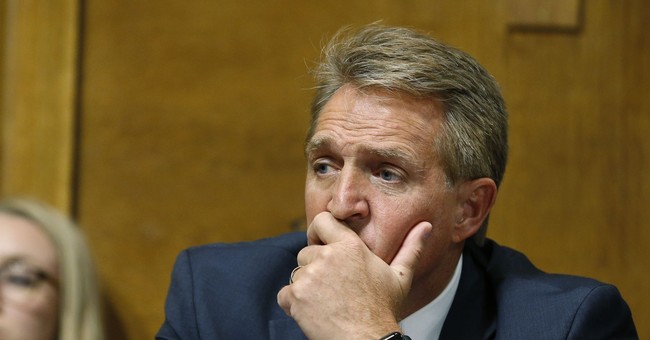 After announcing Friday morning he would vote for Supreme Court nominee Judge Brett Kavanaugh, Senator Jeff Flake (R-AZ) said this afternoon he wants a full Senate vote on the nomination to be delayed.

Going back on his word, Flake also said he is not comfortable voting for Kavanaugh on the full floor unless an FBI investigation is completed.

Flake's change in attitude came after Democrats cornered him in the Committee room just ahead of the first vote.

Senator Chris Coon (D-DE) cried earlier when he found out his friend, Flake, announced he would vote for Kavanaugh to be confirmed.