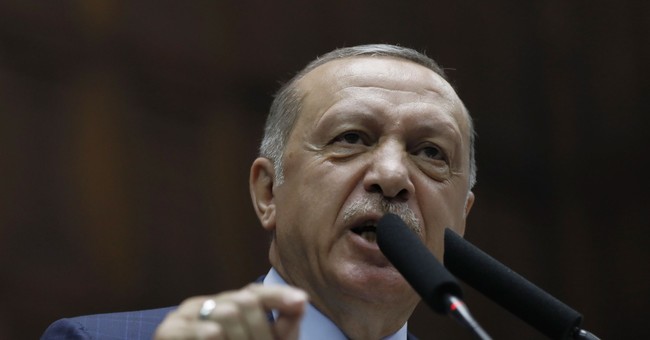 Turkish President Recep Erdogan is refusing to release Christian pastor Andrew Brunson, who was detained after Erdogan's 2016 power consolidation in the country. From CBN:

They cannot make Turkey back down with sanctions," he told Turkish media. "We will not step back."

"The US should not forget that unless it changes its attitude, it will lose a strong and sincere partner like Turkey," he continued.

Brunson is facing a possible 35-year prison sentence on charges that he helped a group that tried to overthrow the government in 2016. His attorneys and the Trump administration say he's innocent and a political hostage of Erdogan.

If Turkey does not take immediate action to free Pastor Andrew Brunson and send him home to America, the United States will impose significant sanctions on Turkey until this innocent man of faith is free. pic.twitter.com/GM9WohpMRm

Pence also reiterated the seriousness of the U.S. to punish Turkey during an interview with Fox Business over the weekend.

Last week Brunson, who is reportedly in bad health, was moved from a Turkish prison to house arrest.