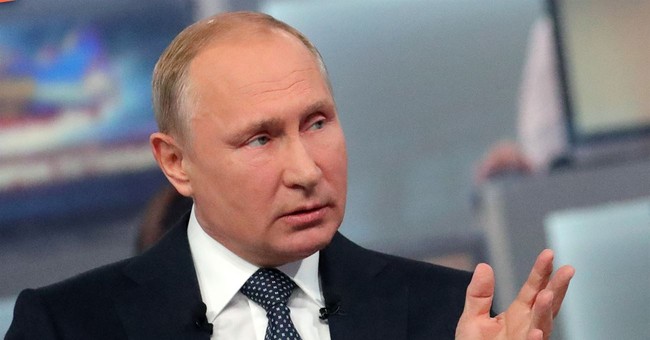 Deputy Attorney General Rod Rosenstein announced the indictment of 12-Russian intelligence officers Friday afternoon for a number of crimes, including hacking state election systems and digitally stealing documents. Because of the nature of the attack and the Russian military officers involved, Russian President Vladimir Putin more than likely ordered it and oversaw its execution.

"The indictment charges twelve Russian military officers for conspiring to interfere with the 2016 presidential election. Eleven of the defendants are charged with conspiring to hack into computers, steal documents, and release documents in an effort to interfere with the election," Rosenstein said. "One of those defendants, and a twelfth Russian officer, are charged with conspiring to infiltrate computers of organizations responsible for administering elections, including state boards of election, secretaries of state, and companies that supply software and other technology used to administer elections."

No votes were changed by Russia infiltrators and although operatives communicated with Americans during the 2016 presidential election, no American is named or suspected in the indictment of collaboration or even knowing they were in contact with agents of the Kremlin.

Rosenstein said victims of these crimes were not named in order to avoid politization of the issue.

"In my remarks, I have not identified the victims. When we confront foreign interference in American elections, it is important for us to avoid thinking politically as Republicans or Democrats and instead to think patriotically as Americans. Our response must not depend on who was victimized,"Rosenstein said. "The Internet allows foreign adversaries to attack America in new and unexpected ways. Free and fair elections are hard-fought and contentious. There will always be adversaries who work to exacerbate domestic differences and try to confuse, divide, and conquer us. So long as we are united in our commitment to the values enshrined in the Constitution, they will not succeed."

"The partisan warfare fueled by modern technology does not fairly reflect the grace and dignity of the American people," he continued. "The blame for election interference belongs to the criminals who committed election interference. We need to work together to hold the perpetrators accountable, and keep moving forward to preserve our values, protect against future interference, and defend America."

But while Rosenstein didn't name victims, the indictment did and holds the Russian government accountable for hacking the Democratic National Committee.