President Trump Has Released a Letter From Kim Jong Un, Here’s What It Says 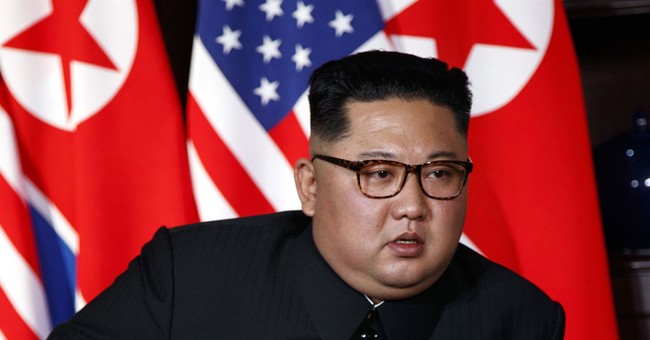 A very nice note from Chairman Kim of North Korea. Great progress being made! pic.twitter.com/6NI6AqL0xt

The President released the letter in Korean with an English translation. It is dated July 6, 2018 and states the following:

The significant first meeting with Your Excellency and the joint statement that we signed together in Singapore 24 days ago was indeed the start of a meaningful journey.

I deeply appreciate the energetic and extraordinary efforts made by Your Excellency Mr. President for the improvement of relations between the two countries and the faithful implementation of the joint statement.

I firmly believe that the strong will, sincere efforts and unique approach of myself and Your Excellency Mr. President aimed at opening up a future between the DPRK and the U.S. will surely come to fruition.

Wishing that the invariable trust and confidence in Your Excellency Mr. President will be further strengthened in the future process of taking practical actions, I extend my conviction that the epochal progess in promoting the DPRK-U.S. relations will bring our next meeting forward.

Chairman of the state of Affairs Commission

The President's release of the letter comes shortly after North Korean officials failed to show up to a meeting with U.S. leadership. The meeting was about returning the remains of American soldiers from the Korean War.

North Korean officials did not turn up to a Thursday meeting with the U.S. military about repatriating the remains of American war dead, according to a U.S. official with knowledge of the situation.

In the meeting at the Korean Peninsula's demilitarized zone, the two sides had been expected to discuss the return of U.S. troops’ remains from the 1950-53 Korean War — an arrangement that the State Department had announced after Secretary Michael R. Pompeo's visit to Pyongyang last weekend.

According to President Trump, returning the remains of U.S. troops was agreed upon during the Singapore summit.