Report: President Trump Has Made His Decision on a Supreme Court Nominee 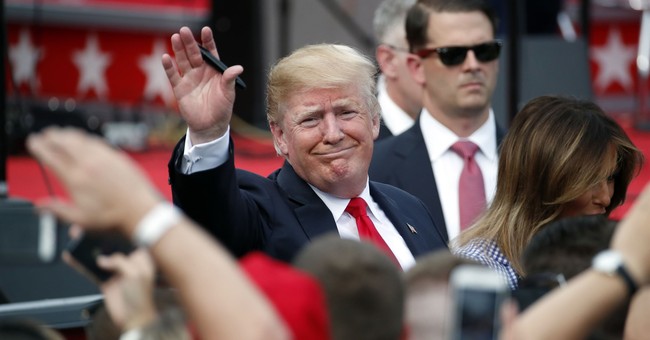 After days of interviews with candidates to replace retiring Supreme Court Justice Anthony Kennedy, President Trump has reportedly made a final decision on who he will nominate.

“In the morning I interviewed and met with four potential justices of our great Supreme Court," Trump said Monday at the White House. "They are outstanding people, they are really incredible people in so many different ways, academically and every other way and I had a very, very interesting morning,” he said. “I think the person that is chosen will be outstanding."

Meanwhile, Democrats are practically salivating over the upcoming announcement and have vowed to fight the nomination with every tool they have -- including character assassination.

President Trump will announce his final pick on Monday, July 9 at 9 p.m. et from the White House.

Progressives are Having a Meltdown Because Joe Biden Bombed Syria. Please Tell Me You're Joking, Right?
Townhall
Blue-check journos RAGE at the White House over new plan to start charging for daily Covid-19 tests
Twitchy
Teacher Asked Students to List Their Political Party and Why, Then Publicized Their Responses, It Didn't End Well
Redstate
Vatican Betrays Virgin Mary for Prophet Muhammad
PJ Media