Baltimore Cops on Increased Violence: They Wanted a Soft Police Force, Now They Have One 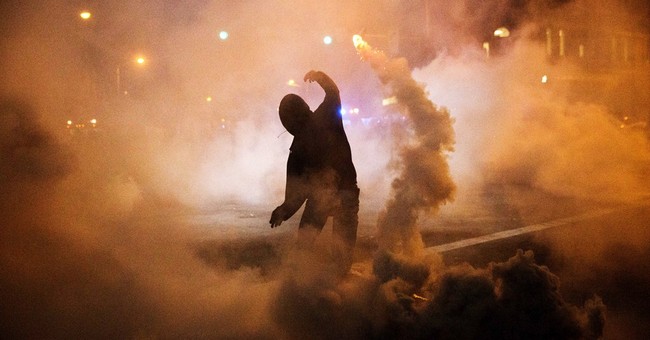 Back in April, rioters, criminals and yes, "peaceful" protestors made it clear they did not want police in their Baltimore neighborhoods. The police took notice.

Since then, violent crime and murders in the Maryland city have skyrocketed. Some stats:

Homicides in 2015 so far stand at 100, up from 71 for the same period last year, and on pace to be the Charm City’s deadliest year since 2007. Nonfatal shootings are up 70 percent this year, following a particularly violent week that saw 19 people shot on Tuesday and Wednesday alone.

Arrests are down, crime is up and cops realize it's just not worth the trouble to go after even the worst criminals, especially when their mayor is willing to give thugs the benefit of the doubt first.

Yesterday, two Baltimore police officers sat down with CNN's Brooke Baldwin to explain the moral inside the Baltimore Police Department and to talk about why officers have decided to take a step back from aggressive policing in the neighborhoods that need it the most.

"We are now in a reactive mode," another officer said.

As I've always said. The vast majority of anti-cop agitators aren't anti-cop because of police brutality, they're anti-cop because cops interrupt their criminal behavior. Law abiding citizens suffer as a result and criminals rule. Further, if you think citizens can protect themselves, think again. Maryland has some of the strictest gun control laws in the country.