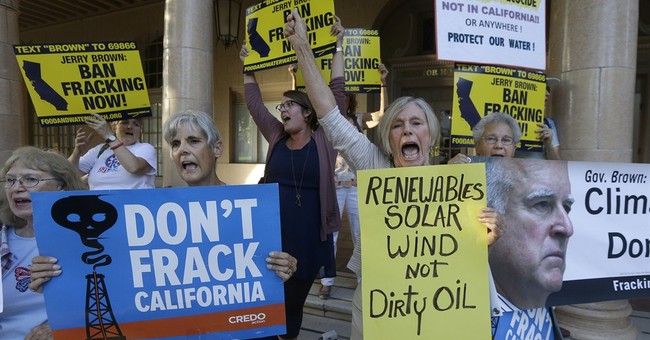 After years of unfounded hysteria from so-called environmentalists, the media and Hollywood that fracking causes drinking water contamination, the Environmental Protection Agency just issued a major blow to anti-fracking activists.

A new report from the EPA, based on a study sanctioned by Congress, shows drinking water contamination only results if fracking wells aren't built or maintained properly, which is a rarity.

The Pennsylvania EPA came to this same conclusion years ago.

In 2012 Hollywood liberal Matt Damon starred in the movie Promised Land (a film hypocritically bankrolled by Arab oil money) which portrayed a fracking company as killing off farms and making people sick through drinking water contamination in a small town. Further the 2010 documentary Gasland, which scares viewers about fracking by claiming the practice makes drinking water flammable, is now in the same fictional category with Al Gore's An Inconvenient Truth. The production of Gasland 2 was delayed by HBO after a number of factual errors were found in the first film.