Bin Laden Documents Declassified: Inside the Mind of The World's Most Wanted Terrorist 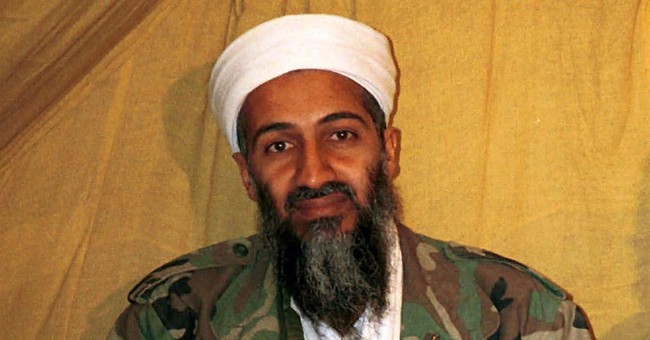 After years of waiting and controversy, the United States government has declassified 100 documents from the May 2, 2011 raid on Osama bin Laden's Pakistan compound. The collection is being called "Bin Ladin's Bookshelf" by the Office of the Director of National Intelligence.

"On May 20, 2015, the ODNI released a sizeable tranche of documents recovered during the raid on the compound used to hide Usama bin Ladin. The release, which followed a rigorous interagency review, aligns with the President’s call for increased transparency–consistent with national security prerogatives–and the 2014 Intelligence Authorization Act, which required the ODNI to conduct a review of the documents for release. The release contains two sections. The first is a list of non-classified, English-language material found in and around the compound. The second is a selection of now-declassified documents," DNI stated on its website about the documents. "The Intelligence Community will be reviewing hundreds more documents in the near future for possible declassification and release. An interagency taskforce under the auspices of the White House and with the agreement of the DNI is reviewing all documents which supported disseminated intelligence cables, as well as other relevant material found around the compound. All documents whose publication will not hurt ongoing operations against al-Qa‘ida or their affiliates will be released."

The documents counter the narrative put out by the Obama administration that Bin Laden had become an irrelevant player in al Qaeda before his death and show Bin Laden's obsessive goal of killing Americans. Documents also show he was in constant communication with other al Qaeda leaders about potential attacks, current events in the world and specifically wrote to al Qaeda in Iraq (which gave birth to ISIS) to praise them for their work against the United States.

"O people of Iraq who are carrying sharp swords, destroy the infidels' tanks, smash their heads, stab their throats, increase the prayers, and truly keep the promise and may Allah reward you with the best," Bin Laden wrote. "I direct my speech to the Islamic nation in general. Hear me and learn, the matter is great, and it is the greatest and most important matter in today's world. This is a third world war, which was started by the Zionist-Crusader alliance, against
the Muslim nation, and it is taking place in the land of Iraq, today's world revolves around the house of the Caliphate, Baghdad. Today, the entire world is watching this war, and is watching the two enemies, the Muslim nation on one hand and America and its allies on the other hand. Either good life and pride or suffering and humiliation. Today, the Muslims have a rare and precious opportunity to stop following the West and its slavery, and to destroy the restraints which the Crusaders handcuffed us with."

Further, Bin Laden wrote a letter directly to the American people and talks about the economy and the status of moral in the U.S. military.

"First of all, I would like to say that your war with us is the longest war in your history and the most expensive for you
financially. As for us, we see it as being only halfway finished. If you were to ask your wise thinkers, they would tell
you that there is no way to win it because the indications are against it. How will you win a war whose leaders are pessimistic and whose soldiers are committing suicide? If fear enters the hearts of men, winning the war becomes impossible. How will you win a war whose cost is like a hurricane blowing violently at your economy and weakening your dollar?" he wrote. Jihad against the tyrants and the aggressors is a form of great worship in our religion. It is more precious to us than our fathers and sons. Thus, our jihad against you is worship, and your killing us is a testimony. Thanks to God, Almighty, we have been waging jihad for 30 years, against the Russians and then against you."

An Al Qaeda job application is found within the document release and includes a section about who the terror organization should contact should the jihadist applying "be martyred."  The application requires applicants to provide detailed information about themselves and asks questions like, "Do you wish to execute a suicide operation?" and "What objectives do you want to accomplish on your jihad path?"

"Bin Laden was in the compound. He heard those helicopters landing and he knew that that meant he was in dire trouble. The next thing he heard was pop, pop, pop and he heard some of his guards going down and then he heard voices, probably initially Arab voices but then, he heard American voices. And eventually, he has an American in the room with him and he was facing his death and he knew it." -General Jack Keane