NFL: Pay Us Money, Taxpayers, And Then We'll Salute The Troops 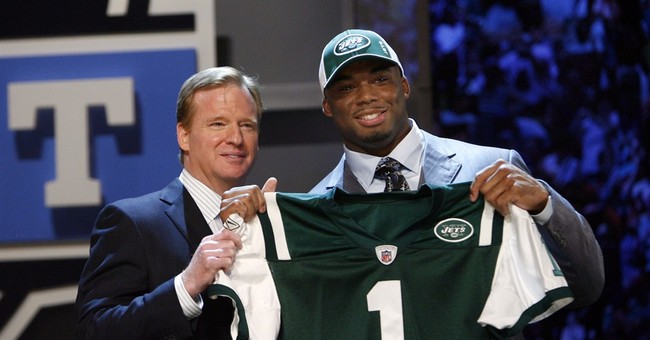 The last thing the NFL needs right now is another bad public relations moment, but get ready because that's exactly what is happening.

If you've ever been to an NFL game where they salute the troops, it's possible the organization didn't do it voluntarily, but was instead paid by taxpayers to do so. More from Fox News:

The Department of Defense and the National Guard are facing growing questions over why they spent millions of dollars on a promotional campaign to salute members of the military at professional football, baseball and basketball games around the country.

“So far everybody’s just shocked to learn that this, that these feel-good moments are paid for by the U.S. taxpayer,” Sen. Jeff Flake told FoxNews.com on Tuesday.


Adding insult to injury, it's important to point out the NFL, a $9 billion per year business, has been tax exempt for decades.

Over to you, Jazz Shaw:

Here’s what you need to do, Woody. Give the money back. Every. Last. Red. Cent. Of. It. And then go on ESPN and apologize. Even if this was cooked up in the marketing team’s offices and they never mentioned it to you, it’s still your responsibility. Do the right thing. Next, get all of your players together – including the new crop just arriving who are only now cashing their first checks from salaries worth millions – and tell them to all break out their checkbooks. I will be completely incredulous if you try to tell me that they can’t scrape up a million between them. And then break out your own checkbook and toss in another million. (You’re worth over three billion. You can cover it from your annual bar tab.) Take that money and go make a series of donations to help out wounded warriors, returning heroes and homeless veterans. And don’t do a press conference about the donation or run a bunch of ads about what a great bunch of guys you are. Just do it.

Then – and only then – get back to honoring our military at all the games. And do so for free.

This is a disgrace.