Finally: Congress is Trying to Abolish The Death Tax 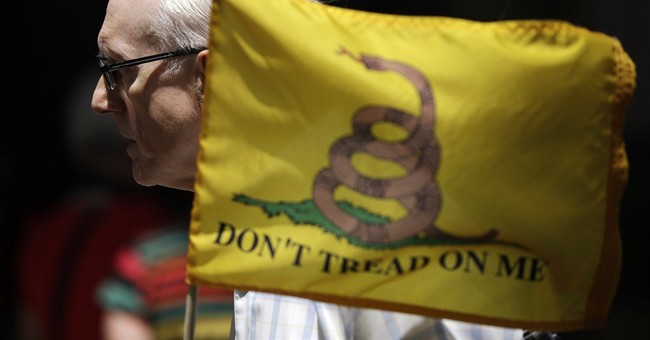 They say there are two things that are certain in life: death and taxes. If you're a Democrat, you can add death taxes to that list.

The death tax, which was being phased out by President Bush from 2001-2008 but revived by the Obama administration in 2009, currently sits at 40 percent. More background from Heritage:

Estate tax (death tax) repeal. The Bush tax cuts phased out the death tax. It was supposed to be completely eliminated after 2009. However, after being dormant for one year in 2009, the 2010 deal between President Obama and Congress brought it back to life at 35 percent with a $5 million exemption. The fiscal cliff deal kept the exemption at $5 million (indexed for inflation) and increased the rate from 35 percent to 40 percent.

The House has passed a bill that would repeal the federal tax on estates.

Republicans call it the "death tax." They say it prevents small business owners from passing businesses on to their heirs. Democrats say repealing the tax is a giveaway to the rich.

Republican Senator John Thune and Congressman Bill Flores explained the legislation earlier this week in an op-ed for USA Today:

Thankfully, the federal policy that combines the two by taxing estates when a loved one passes away is close to extinction. Enacted nearly 100 years ago, the death tax places a significant burden on families that want to achieve the American dream — securing a better future for their children — by passing down a small business or a family farm from one generation to the next. The policy is also widely unpopular, with nearly 70% of Americans saying they want to see it repealed permanently.

Repealing the death tax restores fairness for American families, and is a step toward a 21st century, pro-growth tax code. Now, with support growing in both the House and Senate, Congress has the opportunity to do just that.

Proponents of the death tax often argue that it only impacts the wealthiest Americans, but this is simply not true. In practice, the death tax hits hardest those families that run small businesses or operate farms, with devastating results. A 2012 report from the Republican staff of the Joint Economic Committee (JEC) called the death tax "an overwhelming cause of the dissolution of family businesses" and "a significant hindrance to entrepreneurial activity." This is because families that have spent a lifetime working hard — and paying taxes — to build a successful business may lack the liquid assets to meet the federal government's steep death tax rate. The only way to satisfy the Internal Revenue Service is to break up the business or parcel off the family farm to pay the tax liability. The federal government should not be punishing families for their hard work. Instead, we should promote strong family businesses that contribute to our vibrant economy and withstand the test of time.

Ironically, by discouraging investment, the death tax hurts the U.S. economy and, according to some studies, actually decreases long-term tax revenue.


The White House is slamming the legislation and claiming it gives a break to the "wealthiest Americans," when in reality it gives a break to any American receiving an inheritance over a certain threshold, in particular farms and businesses, that have already been taxed multiple times. President Obama has threatened a veto.