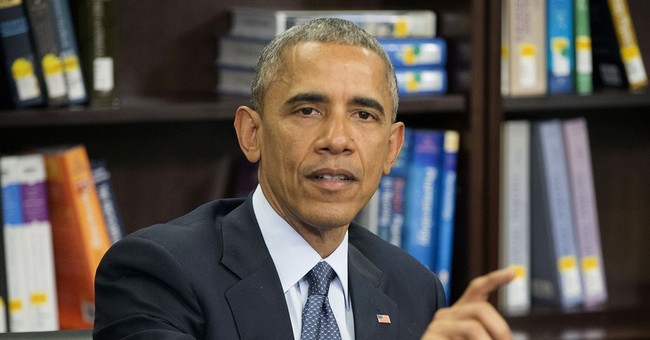 In case you missed it yesterday, President Obama took another chance at the Easter Prayer Breakfast to take a swipe at Christians for "less than loving" acts and expressions.

“On Easter, I do reflect on the fact that as a Christian, I am supposed to love. And I have to say that sometimes when I listen to less than loving expressions by Christians, I get concerned,” Obama said.

Based on current events and the news cycle, it's obvious President Obama is referring to the ongoing battle in Indiana over the Religious Freedom Restoration Act, where Christians have been smeared as anti-gay bigots for refusing to give up their belief in traditional marriage.

It was just two months ago when President Obama took advantage of his opportunity at the National Prayer Breakfast to draw a moral equivalence between ISIS, the terror army he has repeatedly argued is not Islamic, and the Christian crusades, which were fought to defend Christians from Muslim invasion and butchering hundreds of years ago.

"Remember that during the Crusades and the Inquisition, people committed terrible deeds in the name of Christ," Obama said.

Yesterday White House Press Secretary Josh Earnest argued Obama's statements about the crusades were not controversial and dodged questions about specifically what the President was referring to during his Easter Prayer Breakfast remarks.

Obama's statements have come in the middle of negotiations with Iran, whose Islamic leaders have called for the annihilation of Israel and death to America. Both pretty "less than loving" statements.