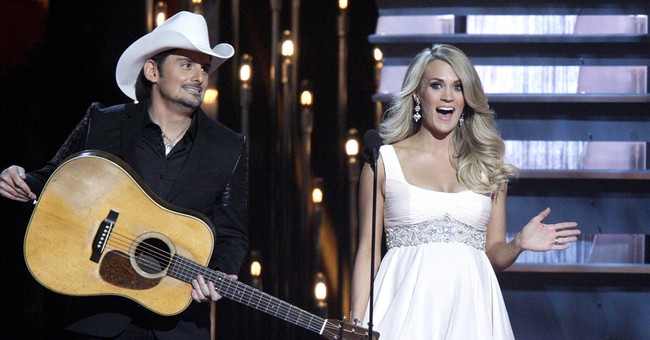 "I'm pretty sure that's why the democrats lost the Senate."

Last year the CMAs fell just after the first open enrollment period for Obamacare when the $1 billion website failed to function properly (and it's still broken, by the way). Underwood and Paisley sang a song about the disastrous rollout called "Obamacare by morning," a play on George Strait's Amarillo By Morning.

Underwood: Hey, do you have that Obamacare?

Paisley: Obamacare, what' that?

Underwood: Oh! It's great! It's great! I started signing up last Thursday and I'm almost done. Let's go to the website and get you signed up. Let's see, it can't be too hard right?

Underwood: Oh, it does that.

Underwood: Maybe we should restart it?