White House Triples Down: Travel Restrictions For Ebola Stricken Countries to U.S. Still 'Not on The Table' 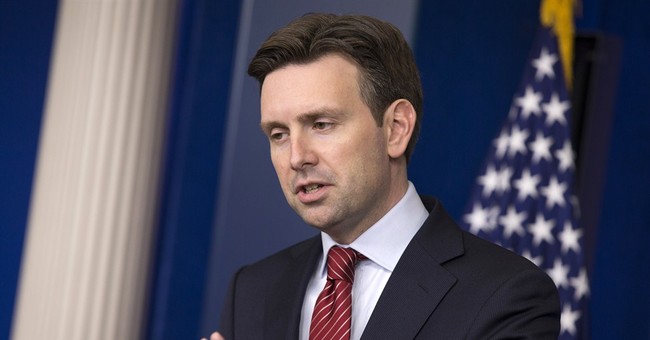 Speaking to reporters from the White House Wednesday, Press Secretary Josh Earnest tripled down on the Obama administration's refusal to implement travel restrictions to the United States from Ebola stricken countries in West Africa, saying that option still isn't being considered by officials.

"That is something that is not on the table at this point," Earnest said, adding that because screening measures have put in place at airports, further restrictions aren't necessary. He also tried to reassure Americans that the government is doing everything possible to keep Americans safe.

The measures referred to are new procedures implemented last week, which include medical workers taking the temperatures of people at a handful of airports in West Africa and the United States. Many European and African countries have implemented travel restrictions and border closings to prevent the spread of the disease.

CNN Drops the Mask and Proves Martha McSally Was Right
Redstate
ICE to NYC: This is not a request. It's a demand
Hotair