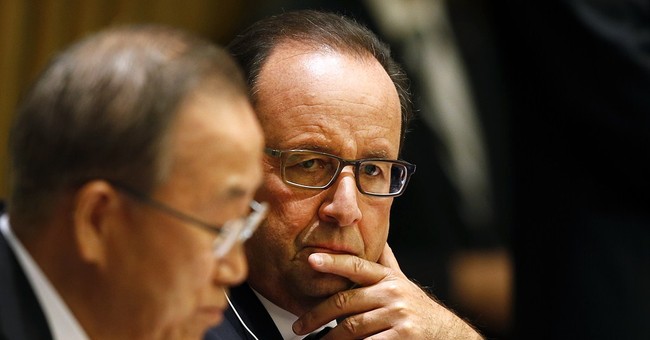 While the world's attention is focused on ISIS (and rightly so), two European leaders have been making some unexpected economic moves.

In 2012, Francois Hollande came sweeping into the French presidency with an "eat the rich" attitude. Upon immediately taking office, he proposed a 75 percent tax on top earners. He promised to provide the citizenry with the social programs and wages they demand by redistributing wealth. Now, things are looking different. Although Hollande's socialist views still remain in place, his government is cutting spending.

France's Socialist government has detailed a 21 billion-euro ($26.5 billion) cost-cutting plan, the biggest in the country's modern history, saying it will focus on trimming welfare benefits.

Presenting the 2015 budget on Wednesday, Finance Minister Michel Sapin said the measures show the government is serious about reining in its budget deficit, which is above European Union limits.

Meanwhile over in the UK, which almost broke apart earlier this month, David Cameron is promising tax cuts. The move from Cameron isn't totally unexpected, but none-the-less a promising proposal.

Squeezed between insurgent anti-Europeans, a skittish party and suspicious voters, Britain's prime minister promised a tough stance on the EU and tax cuts for millions in a bid to bolster support for his Conservative Party before a national election next year.

David Cameron closed the Conservatives' fall conference in the central English city of Birmingham Wednesday by arguing that four years of austerity under his government had restored Britain to economic health after the Great Recession.

He said that if re-elected he would reduce income taxes for middle-income earners and eliminate them for minimum-wage workers. At the same time, he said, his government would continue to cut public spending, trimming 25 billion pounds ($40 billion) in the two years after the election.