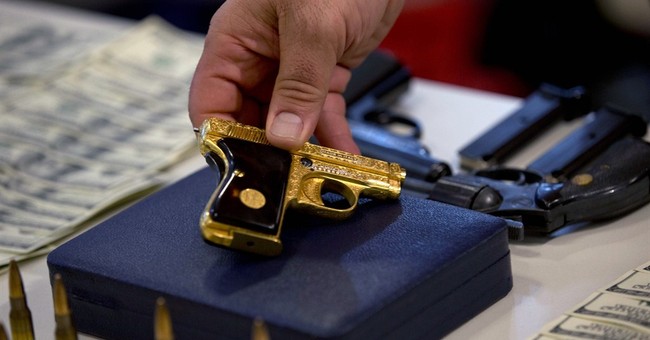 In a small step forward for the restoration of Second Amendment rights in the nation's capitol, the Washington D.C. City Council voted unanimously Tuesday evening to allow visitors and residents in the District to carry concealed weapons. D.C. Mayor Vincent Gray must sign the bill before residents and visitors will be able to apply for permits.

Sounds like great news, but regulations for carrying and licensing still need to be written by D.C. police and will surely make the process nearly impossible.

"The DC government had been dragging its feet on permitting law-abiding residents to carry firearms since the Supreme Court overturned its handgun ban in 2008. The opinion made it clear that there was an individual right to have handguns and to carry them. The District government not only made the process of obtaining a gun permit as onerous as possible but argued that the right to carry a gun was confined to the inside of one’s home," George Mason University Law School Professor Joyce Malcolm, who specialized in the Second Amendment and constitutional law, said in a statement about the vote. "A lawsuit was filed in 2009 arguing that the ban on carrying firearms was unconstitutional. Now, five years later, after a court found the ban unconstitutional the D.C. Council is finally following the court order, although promising that the rules for carrying a firearm will be made as strict as possible all in the name of public safety. The sad part is that the people of the District would be far safer if they were permitted to protect themselves on the streets of what is a dangerous city."

The vote came a month after Federal Judge Frederick Scullen struck down D.C.'s longtime ban on concealed and open carry as unconstitutional. A stay in that case has been issued.

NYT Drives a Stake Thru the Heart of Its Own Claim of What Trump Paid in Taxes, Lets Other Disturbing Info Slip Out
Redstate
Man raised nearly half-a-million for Black Lives Matter but spent the money on himself
Hotair