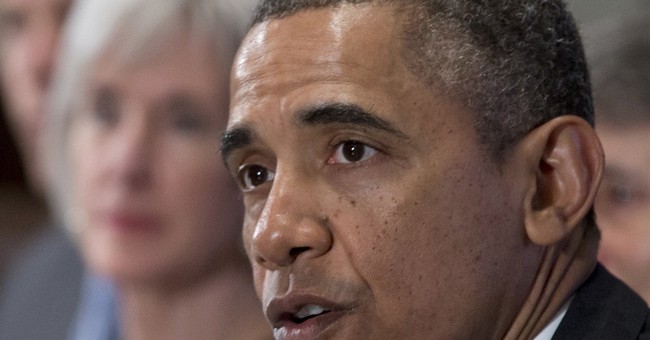 Government watchdog Judicial Watch announced a lawsuit Tuesday morning against the Department of Health and Human Services after officials failed to comply with a November 8, 2013 Freedom of Information Act Request about Obamacare navigators. The suit was filed on March 27, 2014, but was publicly revealed today.

According to Health and Human Services 50,000 people have been hired as navigators to help Americans enroll in Obamacare through federal or state exchanges. Since navigators were hired, HHS has failed to provide a concrete record of what processes navigators must go through before being qualified to handle sensitive information of potential Obamacare enrollees. Judicial Watch is suing for information about navigator qualifications, background checks and records about the navigator program. From the November FOIA:

-Any and all records concerning, regarding, or related to contracts awarded to private entities to provide navigators to assist individuals obtaining health insurance under the Patient Protection and Affordable Care Act; and

-Any and all records concerning, regarding, or related to federal requirements for the above-mentioned navigators, including but not limited to background checks and qualifications.


“The Obamacare navigator program seems as corrupt as any Chicago patronage operation – and is a danger to the privacy of millions of Americans who are participating in Obamacare,” Judicial Watch President Tom Fitton said in a statement. “The use of Obamacare navigators and the Healthcare.gov web site should come with consumer warnings. The Obama administration’s illegal secrecy about these Obamacare navigators should make Americans very nervous."

It has also been documented that people formerly part of ACORN, a group that was stripped of its federal funding in 2009 for alleged illegal activity like promoting underage prostitution and tax fraud, have been brought in to run Obamacare navigator programs. Further, government officials on both sides of the political aisle have learned about the potential for fraud and criminal activity in the navigator program.