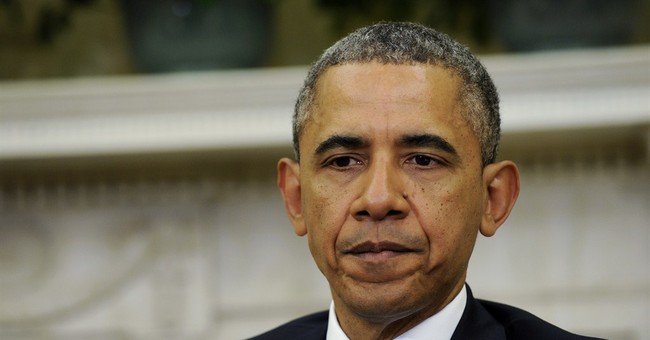 No, you're not experiencing deja vu. I wrote a piece with a nearly identical headline just last week. The reports in this post are new, though, and they point in the same direction. First, National Journal writes that while rates are increasing across the country, experts worry that consumers in certain states will be subjected to especially acute hikes. Remember, every state has its own risk pool, and some are looking less sustainable than others:


Despite Obamacare's strong national enrollment numbers, several states are at risk for big premium hikes. Each state is its own insurance market, and they had wildly different experiences during Obamacare's first open-enrollment window. So although nationwide statistics are important for judging the law's political success, the substantive tests for the law's future mostly lie with the states—and some of them aren't looking so hot. Predicting premium increases is an inexact science to say the least, but health care experts see a troubling number of red flags in certain states. Perhaps the most vulnerable is West Virginia—the home state of Sylvia Mathews Burwell, who's awaiting confirmation as the next Health and Human Services secretary...Premiums will go up, on average, across the board—premiums go up every year. But a range of factors could drive higher-than-average increases in certain places. States that fell short of their overall enrollment goals, and where the people who did enroll are mostly older and sicker, are more at risk for large premium hikes. So are states that don't have much competition among insurers.


Let's try not to dwell on this reporter's casual commentaries about Obamacare's "strong national enrollment numbers," and the fact that "premiums go up every year." The former assertion is quite generous in light of the facts, and the latter flies in the face of what Americans were promised about the effects of the new law. Shrugging that "rates increase every year anyway" isn't a resonant point when people were told their premiums would drop significantly. In any case, this is the same journalist who wrote the original Obamacare "winning streak" story, so he has strong incentive to try to resuscitate that narrative. Back to the story about problematic states:


Hawaii is another consensus pick, and some experts say the state might never be able to support its Obamacare exchange. Hawaii was near the bottom for total enrollment, signing up just 15 percent of its eligible population, and had the second-worst mix of young adults...Ohio and Arizona, both of which allowed plan extensions, are on Levitt's list of states to watch for big premium hikes. He and Pearson mentioned Iowa, which allowed a two-year extension for canceled plans and was the second-worst state at enrolling its eligible population. Health care analysts are also keeping an eye on premiums in Maryland, Mississippi, New Mexico, and South Dakota, where officials had to beg and plead just to get one carrier into the state's private market.


That's a total of eight states specifically mentioned as having raised red flags for sharper increases. Not among them is Virginia, where insurers released preliminary 2015 rates that will increase across all plans on the exchange, some by double-digits. Does that mean that Virginia's "pocketbook-pinching" experience will be fairly typical? The list also excludes Washington State, where insurers are seeking increases as high as 26 percent. If those are the average states, what will the high risk states' premiums look like? NPR, meanwhile, has an upbeat story about the coming trend of more employers paying employees to purchase insurance on their own. Decoupling insurance plans from consumers' employer (in order to make coverage portable, while significantly mitigating the pre-existing conditions problem) has long been a goal of some conservative healthcare reform proposals. But it's a stark departure from Democrats' infamous "keep your plan" promise. Being tossed off one's employer-based coverage and handed a defined contribution payment to track down a plan in the individual market is markedly different than being permitted to maintain one's preferred plan "no matter what, period." Other companies, NPR reports, are shifting over to private insurance exchanges. That outcome isn't necessarily a bad thing for workers, but it fails to satisfy Democrats' unambiguous pledge to wary Americans. NPR euphemizes this phenomenon as a new strategy companies are employing to help defray rising costs. Nowhere does the phrase "coverage dumping" appear, nor do any references to the infamous "keep your plan" vow. Internal White House estimates have revealed that the administration knew full well that they couldn't keep their airtight promise, but they made the political decision to employ it anyway. Finally, the New York Times covers how an uptick in America's insured population is coming at the price of "access shock" for many consumers:


In the midst of all the turmoil in health care these days, one thing is becoming clear: No matter what kind of health plan consumers choose, they will find fewer doctors and hospitals in their network — or pay much more for the privilege of going to any provider they want. These so-called narrow networks, featuring limited groups of providers, have made a big entrance on the newly created state insurance exchanges, where they are a common feature in many of the plans.While the sizes of the networks vary considerably, many plans now exclude at least some large hospitals or doctors’ groups...Insurers, ranging from national behemoths like WellPoint, UnitedHealth and Aetna to much smaller local carriers, are fully embracing the idea, saying narrower networks are essential to controlling costs and managing care.


Now seems like as good a time as any to re-up this video, which features handy reminders of what the president and his allies promised us prior to the law's passage:

The press continues to ponder how it's possible that Obamacare remains so unpopular in spite of all the great news -- which is a risible underlying assumption. They can abandon unhelpful poll questions and spin the results as positive for Democrats, but they're not moving the needle. Liberal groups are about to spend tens of millions on ads highlighting the most popular elements of Obamacare in a bid to boost its approval. But countering those ads will be a rash of cancelation notices, climbing premiums, and fewer choices for consumers. But at least NBC News has a hot tip on how to make Obamacare seem less hated by average people: Refer to the program by a moniker nobody's heard of, and fewer people say they're opposed to it. Magic.