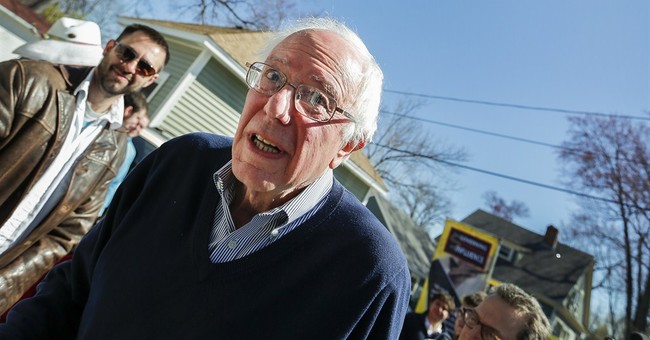 Sen. Bernie Sanders (I-VT), the recently-announced progressive candidate for president, has introduced a new piece of legislation that is designed to give young people from low and middle-income families the opportunity of a lifetime: To attend public colleges or universities for free.

“It is a national disgrace that hundreds of thousands of young Americans today do not go to college, not because they are unqualified, but because they cannot afford it,” he said in a statement on Tuesday. “This is absolutely counter-productive to our efforts to create a strong competitive economy and a vibrant middle class. This disgrace has got to end.”

“It is time for a fundamental change in how we approach the financing of higher education, and the legislation I will introduce today will do just that,” he continued. “The College for All Act will provide free tuition at every public college and university in this country. This means that ANY student, regardless of his or her background or income, who has the ability and desire, will be able to get the education they need and the education they deserve. This legislation opens the door for a middle class life to millions of young Americans and will make our economy stronger and more productive.”

That all sounds wonderful, doesn't it? But how does Sen. Sanders intend to pay for such a generous and groundbreaking government-sponsored program? By taxing the rich, of course—and specifically, by having Uncle Sam shoulder roughly two-thirds of the costs while individual states cover the rest.

“At a time of massive income and wealth inequality, at a time when trillions of dollars in wealth have left the pockets of the middle class and have gone to the top one-tenth of one percent, at a time when the wealthiest people in this country have made huge amounts of money from risky derivative transactions and the soaring value of the stock market, this legislation would impose a Wall Street speculation fee on Wall Street investment houses and hedge funds,” Sanders said. “My legislation would impose a Wall Street speculation fee of 0.5 percent on stock trades (that’s 50 cents for every $100 worth of stock), a 0.1 percent fee on bonds, and a 0.005 percent fee on derivatives. It has been estimated that this legislation would raise up to $300 billion a year.”

Even so, it is highly unlikely that such a plan will become federal law—at least right now. But politically, the legislation is likely to resonate with a growing number of Americans who are already saddled with student loan debt (there is a clause allowing students to renegotiate their interest rates) or will be if they decide to enroll at a public, four-year institution. Sanders will therefore be able to tout this bill on the stump as he's campaigning for president, and move his rivals more to the left on an issue extraordinarily close to millennials and high school students.

It is also a bill that will energize progressives, which may have been part of the plan all along.