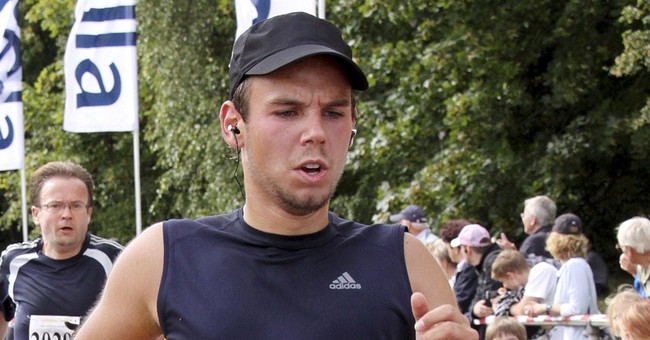 Is deceased airline pilot Andrea Lubitz—who suffered from mental illness—a cold and premeditated murderer? Or did he kill himself (and 149 others) impulsively during an international commercial flight from Barcelona to Dusseldorf?

Once again, the evidence strongly suggests that he had every intention of flying that aircraft into the French Alps. His deliberated act of sabotage was, it seems, meticulously planned and practiced. The evidence is piling up:

Germanwings co-pilot Andreas Lubitz practiced his fatal descent hours before he locked his captain out of the cockpit of their Airbus A320 and rammed it into the side of a mountain, killing himself and everyone else on board in an apparent suicide flight.

A preliminary report published Wednesday by French air accident investigation agency BEA said Lubitz carried out a "controlled descent that lasted for minutes and for which there was no aeronautical justification" during his flight from Dusseldorf to Barcelona on March 24.

In other words, he was fiddling with the controls—and adjusting the altitude of the plane—in preparation for his murder/suicide mission later that day. He knew what he was doing. Unfortunately, however, authorities didn't discover his diabolical plan until after it was carried out. Tragic.