Reid: Nope, I Have No Regrets Calling Mitt Romney a Tax Cheat 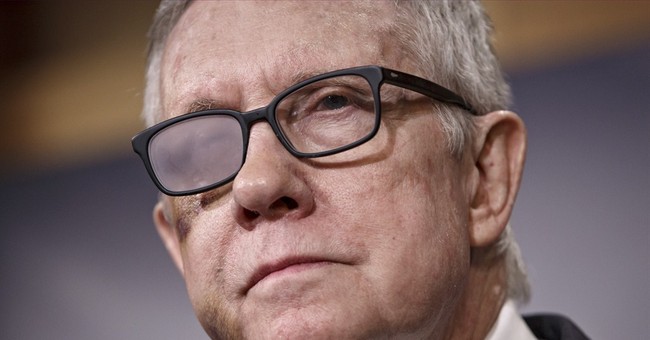 The ends always justify the means.

Asked in a recent interview if he had any “regrets” about accusing 2012 Republican presidential nominee Mitt Romney of not paying his taxes for ten years during the homestretch of the campaign, outgoing Senate Minority Leader Harry Reid (D-NV) essentially shrugged his shoulders.

We knew he was lying, of course, and the Romney campaign ensured in good time everyone else would, too. But such a smug and remorseless answer astonishes even me.

Don’t let the door hit you on the way out, Senator.