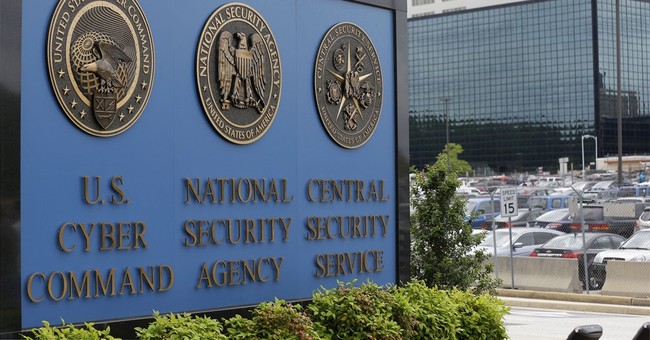 Early Monday morning, a shooting reportedly broke out at the National Security Agency’s headquarters at Fort Meade, Maryland after several unauthorized individuals tried to gain access to the military base:

A driver of a vehicle tried to ram a gate at the National Security Agency building in Fort Meade Monday morning, resulting in a shooting, authorities say.

It is not clear if anyone has been injured. There are two vehicles with damage outside the gate.

UPDATE: Several people have been injured:

UPDATE: And one has reportedly been killed:

Authorities say one person is dead and two people have been hospitalized following a shooting during which a vehicle tried to ram the gates of the National Security Agency in Fort Meade.

The incident happened at the NSA building off of Route 32 in Fort Meade around 9:30 a.m.

Gunfire erupted Monday morning at the gate of the National Security Agency's facility at Fort Meade in Maryland when two men disguised as women in a stolen car tried to enter, sources said.

A guard intervened and shot at least one of the men in the Ford Escape. A search of the vehicle turned up a gun and some drugs.

UPDATE: Here's a photo of the crime scene:

UPDATE: A single fatality has been confirmed:

A senior U.S. official says preliminary reports from the scene at Fort Meade, Md., indicate one person is dead after a car with two people tried to ram a gate at the base.

The official says a firefight ensued after the car tried to crash the gate, and at least one of the two people in the car is dead. Fort Meade is home of the National Security Agency.

UPDATE: For now, at least:

FBI says shooting at NSA gate at Fort Meade not believed to be related to terrorism.