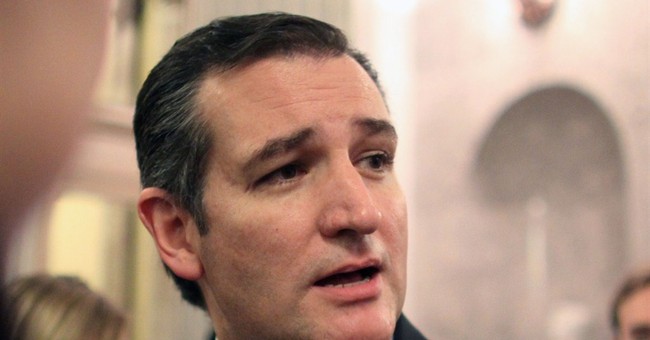 Since his rise to prominence there have been naysayers who claim Sen. Ted Cruz (R-TX) is ineligible to succeed President Obama in 2016 because he was born in Canada. Nevertheless, he has since renounced his Canadian citizenship and maintained that he is a natural born citizen because his mother is an American. More on that in a minute.

As a reminder, according to Article Two, Section One of the U.S. Constitution:

So to be clear: Cruz meets the age prerequisite and has lived in the country for more than 14 years. But what does the term “natural born Citizen” mean—and does Cruz meet that unambiguous requirement?

In a fairly straight forward and compelling essay published in the Harvard Law Review, distinguished litigators Neal Katyal and Paul Clement maintain that he does. They defend the notion that “natural born Citizen”—as understood in the context of the U.S. Constitution—applies to any child born to an American parent with citizenship irrespective of geography.

The Supreme Court has long recognized that two particularly useful sources in understanding constitutional terms are British common law and enactments of the First Congress. Both confirm that the original meaning of the phrase “natural born Citizen” includes persons born abroad who are citizens from birth based on the citizenship of a parent.

To summarize, they argue that during the 18th century—under British common law—“children born outside the British Empire to subjects of the Crown were subjects themselves.” Hence, when the framers decided to adopt the expression “natural born Citizen” in the U.S. Constitution, they were aware of such language and therefore used it expressly to mean the exact same thing as their British counterparts. Secondly, they argue, the Naturalization Act of 1790 (which later became less stringent and more encompassing) made it absolutely clear that all children born to American citizens abroad could—and later would—be deemed "natural born Citizens." They write:

The Naturalization Act of 1790 expanded the class of citizens at birth to include children born abroad of citizen mothers as long as the father had at least been resident in the United States at some point. But Congress eliminated that differential treatment of citizen mothers and fathers before any of the potential candidates in the current presidential election were born.

So the law was later amended, but the intention was clear. Consequently, this means that potential candidates like Ted Cruz (and other foreign-born children like him) are eligible to run for and occupy the White House once they satisfy the other two constitutional requirements. Case closed?

Of course, those blinded by a strong dislike or even hatred of the fiery conservative are unlikely to be swayed by such compelling arguments. But like it or not, Cruz is apparently constitutionally permitted to run for president of the United States.

According to these two distinguished lawyers at least, the law is on his side.