Hot Air Poll: Walker Is By Far The Early Favorite 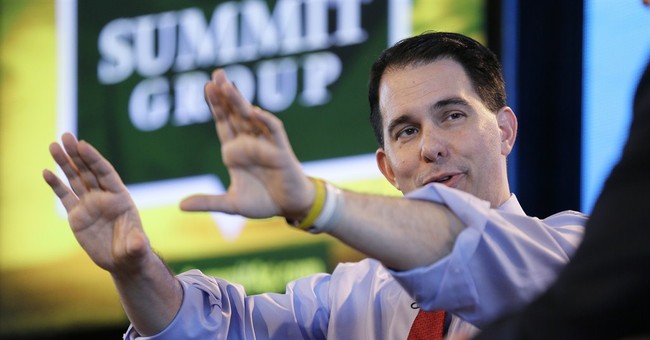 Our friends over at Hot Air have conducted a 2016 Republican primary poll and the results are instructive, if not earth-shattering. And yet you’re probably wondering to yourselves why the hell is he blogging about this. I’ll tell you why: Because polls such as these survey a specific kind of audience. That is to say, I suspect most people who regularly read Hot Air (and care enough to participate in their surveys) represent the base of the party. They strike me as informed, conservative Republicans who can give us greater insight into who the most popular and likable conservative candidates are right now heading into 2016. So there you have it. Of the more than 1,000 readers who participated in the survey, almost half would support Gov. Scott Walker (48 percent) if the general election were held today. Sens. Ted Cruz (28 percent) and Marco Rubio (6 percent) finished in second and third place, respectively. Jeb Bush, however, did not fare nearly as well as he might have hoped. He garnered only 16 total votes. So without trying to read too much into this poll, perhaps we can definitively say Jeb Bush may be a top-tier candidate overall, but no thanks to conservatives.

Grassroots support for him is lukewarm at best.