Ben Carson at CPAC: "We Need to Stop Sitting Quietly By" 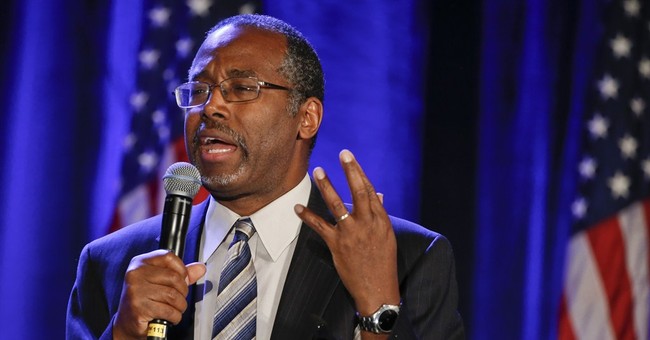 Dr. Ben Carson, for his part, had the honor of delivering the first CPAC speech of 2015. Despite his early morning remarks, however, he earned loud plaudits from the audience on several occasions. And while he touched on both domestic and foreign policy, he mostly discussed his dissatisfaction with the “PC police” and the current administration.

“It’s interesting to me that the Left in particular loves to re-label and rename things,” he said. “For instance, if you’re pro-life, you’re anti-woman. If you’re pro-traditional family, then you’re a homophobe…if you’re black, and you oppose a progressive agenda, you’re crazy.”

“We have to stop sitting quietly by,” he urged the audience.

He also expressed concern about the failure of Big Government, and its alarming growth and expansion since the 1960s.

“We need to change course,” he said.

Not surprisingly, he also discussed the importance of having compassion for the poor and less fortunate.

“We are a very smart people and a very compassionate people, and we need to find out how [to] strengthen the framework of this country,” he said. “It is our responsibility to take care of the indigent; it is not the government’s responsibility.”

Most memorably, he recalled a story that recently deeply affected him. When he was at the airport several months ago, a woman approached him expressing broad support for his ideas, but wondered why he didn’t want “poor people to have health care.”

“You’ve been listening to the propaganda,” he said in reply. The truth is, he told the audience, is that he wants everyone to have health care, but the best way to do that is to first repeal a broken and unworkable law.

“[Obamacare] is absolutely about redistribution and control,” he emphasized.