Video: John Kerry Suggests 2016 Run Isn't Out of the Question 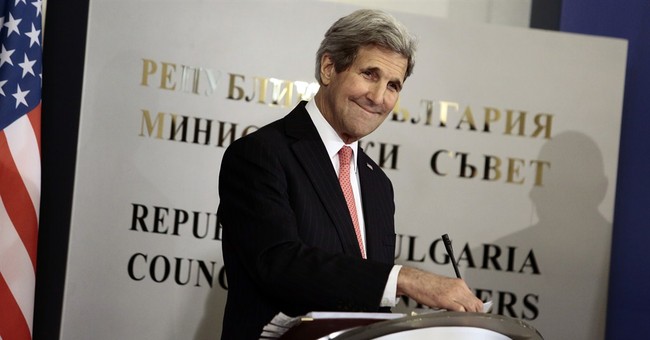 I know, I know -- the odds are exceedingly long that he would take on his predecessor for the 2016 Democratic presidential nomination. Yet notice how he tip-toes around Chuck Todd's question and refuses to give a straight answer. If you ask me, that’s bloggable:

“Nobody ever says never…I have no concept of it.”

True enough. Kerry may have “no concept” of running for president, but given the relative weakness of the field who knows what the future might bring. As a longtime Senator and well-traveled Secretary of State, one could argue he has both the legislative and foreign policy chops to give it one last go. He's also already sought and captured his party's nomination for president. So why couldn’t he do it again?

As it happens, it's a contingency plan one political pundit recently suggested has some legs:

“I think it’s a little bit of a fallacy to say Democrats have no bench. They have Joe Biden, John Kerry, Jerry Brown….”

Ahem. Because nothing fires up and gets progressives to the polls like these three guys. I'll leave you with Ed Morrissey’s devastating and hilarious response to what you just heard. Be sure to read it all.