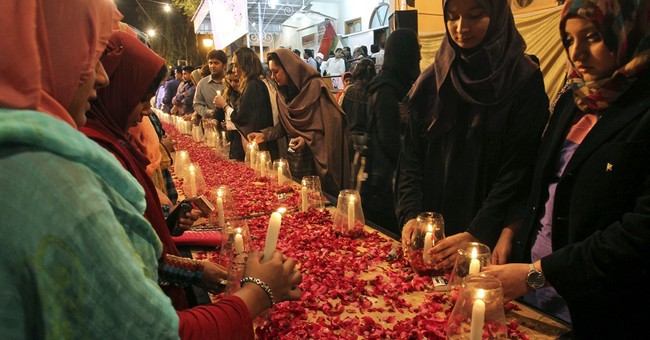 The horror of this morning can hardly be overstated. In an act of pure evil, several Taliban cowards ascended the walls of a Pakistani army school and indiscriminately murdered an unconscionable number of children. It took several hours to suppress the intruders, but in the end, Pakistani military personnel finally sent these barbarians to their maker.

Nevertheless, the state government is not letting such a despicable act go unpunished. In fact, it’s already taken military action. The Guardian reports:

The Pakistan military has launched massive air strikes in its remote border region against the Taliban in retaliation for the massacre in a Peshawar school on Tuesday morning that left at least 141 dead, 132 of them children.

The attack in Peshawar was one of the most horrific incidents in the country’s troubled history of the last decade, prompting an outcry at home and abroad – mainly because so many children were killed.

The assault began on Tuesday morning when seven attackers dressed in army uniform and wearing suicide vests stormed the school, which is attended almost exclusively by the children of army personnel.

Witnesses described the attackers shooting students at random and taking others hostage. Firefights with Pakistan commandos continued for four to five hours before the school was cleared and the last of the attackers killed. Pakistan’s major general, Asim Salim, said 960 students and staff were rescued.

Let's hope these terrorist get what's coming to them.