Obama: I Hugged and Kissed Emory Hospital Nurses and I Don't Have Ebola ... 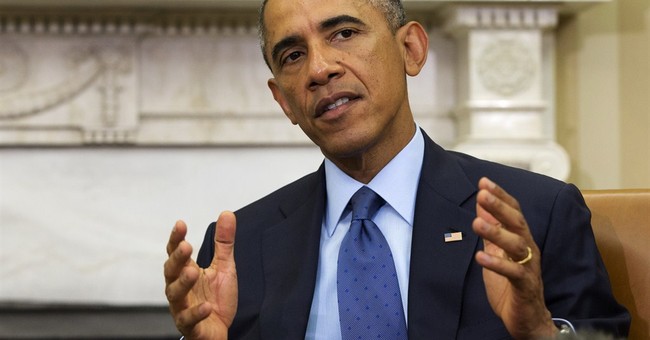 White House Press Secretary Josh Earnest answered questions today at the White House about why the president cancelled two out-of-state fundraising visits in order to meet with "cabinet agencies” about the growing Ebola threat. The president rarely if ever cancels fundraisers so the maneuver certainly raised some eyebrows in Washington.

“The president was not able to host that meeting and travel at the same time,” his spokesman said. “If the president determines it’s time to return to the White House to fulfil his responsibilities as president and commander in chief…he will alter his schedule accordingly.”

His spokesman, however, also sought to assuage concerns that a mass Ebola outbreak is imminent in the United States. He reminded the public that the chances of that happening are exceedingly slim.

“The way that Ebola is transmitted is very clear,” he said. “And is something that is not likely to happen in the United States. Ebola is not like the flu….the only way that a patient can get Ebola [is through bodily fluids].”

A few hours later the president himself addressed the nation after meeting with his cabinet.

"We want to express concern for the two health workers who have been affected," he said. "The are selfless, they work hard, and they are often underpaid. So our thoughts and prayers are with them."

He emphsized the purpose of the meeting was to ensure "something like this isn't repeated." He then announced a new protocol he was instituting.

"As soon as someone is diagnosed with Ebola, we want a rapid response team -- essentially a SWAT team -- to be on the ground hopefully within 24 hours," he said. "If we do these protocols properly and we follow these steps and get the information out there, the likelihood of widespread Ebola [outbreak] in this country [is] very, very low."

"I shook hands with, hugged, and kissed not the doctors but a couple of the nurses at Emory," he added, referring to a hospital famous for treating Ebola patients in Atlanta, Georgia. "I felt perfectly safe."