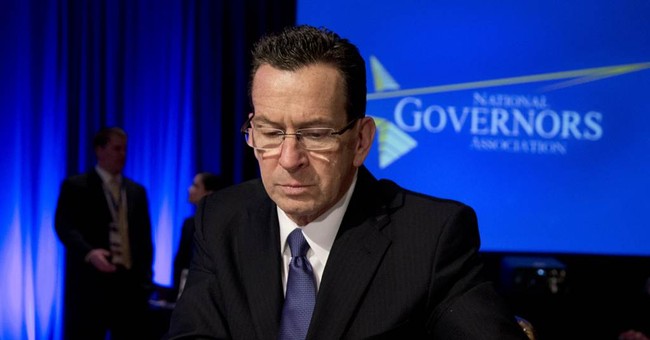 Was this poorly worded zinger uttered in the heat of the moment -- or was it pre-planned?

For the life of me, I can’t imagine Dan Malloy would stoop so low as to plan to say something this stupid and petty ahead of time, right?

I'm chalking this one up as a gaffe.

The article in question was Matt Purple’s editorial entitled “America’s Worst Governor” -- which, of course, explained how utterly terrible Dan Malloy has been for the state of Connecticut. Evidently the Tom Foley campaign has been trumpeting the piece, hoping to convince more voters that Malloy is an ineffective and weak chief executive. And the criticism, obviously, was simply too much for him to bear.

The phrase “Tea Bag" in this context is a cliché. Why Malloy would ever use it, let alone use it in a public debate, is beyond comprehension.

For a political party that cares so deeply about civility and “new tones,” Democrats sure have a funny way of showing it.