By The Way, White House Intruder Nearly Made It...Inside the Green Room 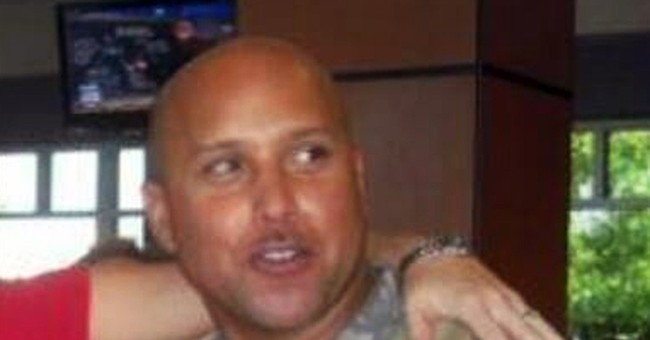 Last week, when we first wrote up this story, the narrative was relatively straightforward: Omar Gonzalez was detained shortly after jumping the White House fence ten days ago. And while it was abundantly clear that there was some sort of egregious breakdown in security and communication -- the guy made it inside, after all -- it was implied that the president and his family were not in any real danger if they had been at home.

Obviously, we now know that’s not true. The Washington Post has the exclusive:

The man who jumped the White House fence this month and sprinted through the front door made it much farther into the building than previously known, overpowering one Secret Service officer and running through much of the main floor, according to three people familiar with the incident. An alarm box near the front entrance of the White House designed to alert guards to an intruder had been muted at what officers believed was a request of the usher’s office, said a Secret Service official who spoke on the condition of anonymity. The female officer posted inside the front door appeared to be delayed in learning that the intruder, Omar Gonzalez, was about to burst through. Officers are trained that, upon learning of an intruder on the grounds, often through the alarm boxes posted around the property, they must immediately lock the front door.

After barrelling past the guard immediately inside the door, Gonzalez, who was carrying a knife, dashed past the stairway leading a half-flight up to the first family’s living quarters. He then ran into the 80-foot-long East Room, an ornate space often used for receptions or presidential addresses. Gonzalez was tackled by a counter-assault agent at the far southern end of the East Room. The intruder reached the doorway to the Green Room, a parlor overlooking the South Lawn with artwork and antique furniture, according to three people familiar with the incident.

In other words, a knife-wielding Gonzalez ran through numerous parts of the White House and almost made it up to where the First Family sleeps. That, of course, is unacceptable and a very different narrative from the one we were first presented with.

Fortunately, no one was injured or killed. But if the Secret Service doesn't systemically and comprehensively review what happened (and take the findings seriously), this might not be the last time an armed intruder gains access to the people's house.
'That's a Hell of a Lie!': Biden Snaps at a Reporter Asking About Hunter's Laptop and Emails
Beth Baumann