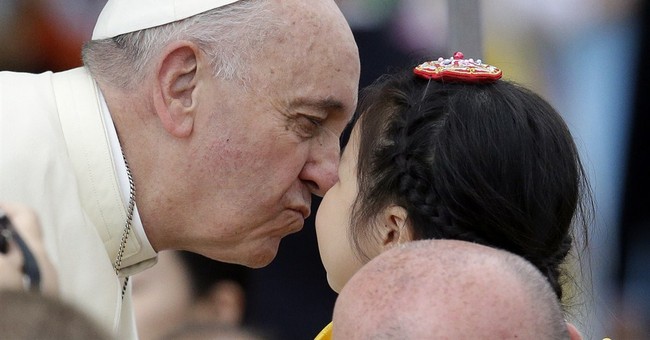 Iraq’s envoy to the Vatican, Habeeb Al Sadr, believes there are “credible" and alarming "reports" that ISIS is hell-bent on assassinating Pope Francis. The Holy See must therefore take extraordinary measures to ensure his safety and security when he travels to Albania in a few days, he argues. The Vatican, however, has categorically dismissed such threats—and will not cancel or alter Pope Francis’ travel schedule.

Habeeb Al Sadr said there were also indications of a more specific threat against Pope Francis, who recently spoke out in favour of the US and its allies halting the advance of Isil in Syria and Iraq. "What has been declared by the self-declared Islamic State is clear – they want to kill the Pope. The threats against the Pope are credible," the ambassador told La Nazione, an Italian daily, on Tuesday.

"I believe they could try to kill him during one of his overseas trips or even in Rome. There are members of Isil who are not Arabs but Canadian, American, French, British, also Italians. "Isil could engage any of these to commit a terrorist attack in Europe.

The ambassador said the Pope had made himself a target by speaking out against the human rights abuses committed against Christians in Syria and Iraq, as well as by his approval of attempts by the US to try to roll back Isil.

Certainly, the pontiff’s strong pronouncements against ISIS is one reason why the terror group would want to assassinate him. But that’s not the only reason. As St. Peter’s successor, his assassination would deliver a crippling blow to the Roman Catholic Church (and, by extension, all of Christendom). In other words, ISIS’ brand of nihilism is so grotesque that assassinating a world leader—a world leader who emphasizes compassion, peace, tolerance, and ecumenism—would be a symbolic “victory” for them. This gives one some insight into the scope—and seriousness—of the threat the West now faces from ISIS.

Needless to say, the Vatican must exercise extreme caution and vigilance this weekend. But of course, the Vatican doesn't need me to tell them that.