"I’d Drive His Bus if He Asked Me" 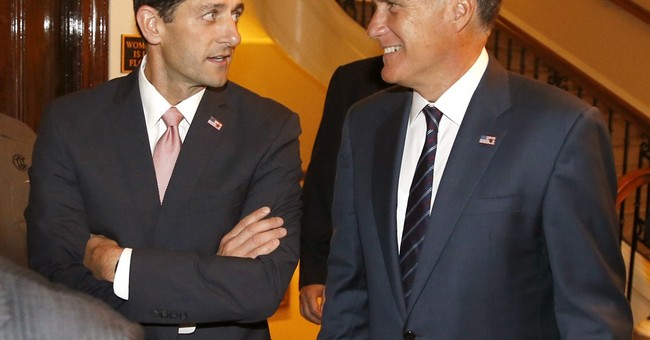 That, dear reader, is how excited Paul Ryan would be if his old running mate ran for president again in 2016. No really:

Rep. Paul Ryan (R-Wis.) dodged questions about his 2016 plans Wednesday but said he would be a big backer of Mitt Romney if he were to make another run for the White House.

“I’d drive his bus if he asked me to,” Ryan, who ran alongside Romney for vice president in 2012, said in an interview with Bloomberg Television.

Ryan said that he believed that a lot of voters now had “buyer's remorse” about giving Obama a second term.

“A lot of the things [Romney] said in the campaign, projections he made ... were true,” he said.

Ryan's correct and I admire his enthusiasm here, but it seems highly improbable that his wishes will ever come to fruition. Guy explained why last spring:

He's not running. In the documentary Mitt, which was released late last year, it was made painstakingly clear to viewers that Romney had to be lobbied heavily to run in 2012. After the frustrating crucible of his 2008 campaign, he didn't want to put his family (especially his wife with MS) through another ordeal. Nevertheless, the Romney's scaled that mountain one last time, and fell short of the summit. It is nearly impossible to imagine Romney putting Ann through all of that again. His words don't just leave the same impression -- they adamantly confirm it.

Those are reasons enough, I think, to be persuaded that Mitt Romney is done with electoral politics forever. But rumors he’ll throw his hat into the ring a third time simply won’t die. For example, here’s Rep. Jason Chaffetz (R-UT) only a few weeks back:

“I happen to be in the camp that thinks he’s actually going to run and that he will be the next president of the United States."

Well, then, there you have it, folks. If Chaffetz is right on the former point (and I daresay he isn't) Paul Ryan might very well find himself employed part-time in a new profession: Bus driver.