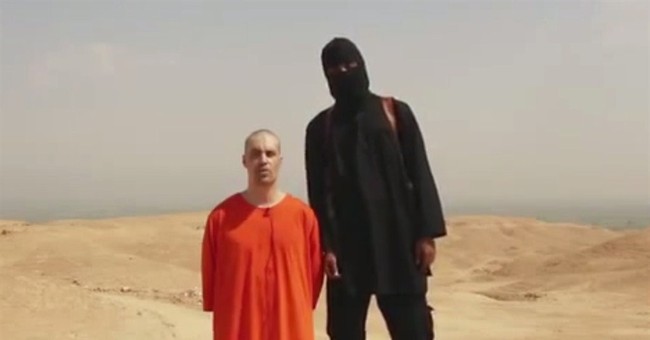 Reportedly captured by an affiliate of the Free Syrian Army and turned over to ISIS, the late journalist James Wright Foley was held in captivity for a period of years before he was brutally executed earlier this week. But the U.S. government didn’t forget about him; on the contrary, the president himself green-lighted a top-secret operation to rescue him and other hostages in Syria. Alas, the mission failed.

A secret nighttime military mission authorized by President Obama to rescue Americans held captive in Syria failed early this summer when a team of two dozen Delta Force commandos raided an oil refinery in the northern part of the country but found after a firefight with Islamic militants that there were no hostages to be saved, administration officials said Wednesday.

The officials — speaking a day after the Islamic State in Iraq and Syria posted a video showing the American journalist James Foley being beheaded — described what they called a “complicated operation” in which the commandos were dropped by helicopter into Syrian territory in an attempt to rescue Mr. Foley and others being held by the Sunni militant group.

The Army commandos fought their way to the spot where they believed that ISIS was hiding the hostages, the officials said. But when the team swooped in, the hostages were gone. “We’re not sure why they were moved,” a Defense Department official said. “By the time we got there, it was too late.” The official said it may have been “a matter of hours, perhaps a day or two” since the hostages had been there.

So U.S. intelligence officials had the correct location, but for some reason, the hostages were moved just before Army commandos could get to them. Devastating. Still, the article notes that although one U.S. soldier was “slightly wounded” during the attempted extraction, no Americans died. The raiders, meanwhile, took out at least a handful of Islamic terrorists.

And yet while the rescue attempt was daring, laudable, and dangerous, some at the Defense Department are questioning why the administration released information about the raid in the first place:

Two Defense Department officials, who spoke separately on the condition of anonymity because of the operation’s delicate nature, expressed anger at the administration for revealing the mission. One of the officials said the aborted raid had alerted the militants to the Americans’ desire and willingness to try to rescue the hostages, and, in the aftermath, had probably forced the captors to tighten their security.

But, the official said, the conference call on Wednesday revealed new details that ISIS is not likely to have known. “This only makes our job harder,” the official said. “I’m very disappointed this was released. We knew any second operation would be a lot harder.”

Although this, perhaps, is a plausible reason:

Caitlin Hayden, the National Security Council spokeswoman, said the administration had “never intended to disclose this operation” but had felt that its hand was forced by news media outlets that were preparing to report on the mission. “An overriding concern for the safety of the hostages and for operational security made it imperative that we preserve as much secrecy as possible,” she said in a statement on Wednesday evening.

Still, how could “media outlets” have access to this sensitive information if someone from the administration hadn't first leaked it? This explanation therefore doesn't address the underlying problem; namely, classified information continues to find its way into the hands of journalists and reporters. Why? Nevertheless, the Defense Department released this statement yesterday confirming the mission, and vowing to never leave captured American citizens behind when they can plausibly be rescued:

As we have said repeatedly, the United States government is committed to the safety and well-being of its citizens, particularly those suffering in captivity. In this case, we put the best of the United States military in harms' way to try and bring our citizens home.

The United States government uses the full breadth of our military, intelligence and diplomatic capabilities to bring people home whenever we can. The United States will not tolerate the abduction of our people, and will work tirelessly to secure the safety of our citizens and to hold their captors accountable.

Sadly, there is still another American journalist being detained by ISIS. And unsurprisingly, his fate remains uncertain.