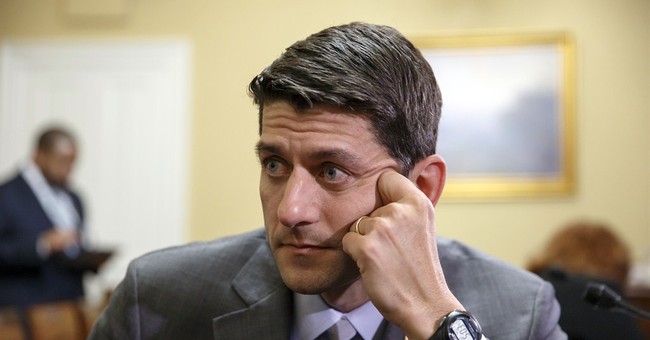 ...before the 2014 midterm elections, that is. After that all bets are off, it seems, and there are no guarantees.

And yet public opinion shows pretty convincingly that Republicans were on the losing end politically of last year’s partial-government shutdown. For two weeks, government offices, major tourist attractions, and even the open-air World War II Memorial in D.C. were temporarily closed. And while Republicans did their best to expose the White House’s calculated and incredibly petulant efforts to exploit the crisis, most Americans pinned the blame squarely on congressional Republicans. No surprises there. You might even recall that's exactly what happened the last time congressional lawmakers found themselves negotiating during a government shutdown.

Nonetheless, Rep. Paul Ryan (R-WI) recently told Roll Call that House Republicans have supposedly learned from their past missteps. To that end, he said, they are committed to passing a spending resolution funding the government at least through December:

On a possible government shutdown: In his book, Ryan calls the 2013 shutdown a “suicide mission” for the House GOP, and on Wednesday he told CQ Roll Call he agreed that Republicans were easy to blame for the events that transpired.

But House Republicans won’t repeat that mistake this September, Ryan predicted: “We will pass a clean [continuing resolution], and if for some reason the Democrats don’t take that, then they will clearly have shut the government down … it will be patently obvious … that they are playing politics with this, and trying to trigger a shutdown so they can blame us, but we’re really blameless in this particular situation.”

Ryan’s confidence that his conference will cooperate in passing a stop-gap spending bill free of controversial policy riders — ”until Dec. 11 is what we’re thinking,” said Ryan — contradicts Democrats’ cries over the past few days that the GOP is spoiling for another shutdown that could cost them the election in November.

The last thing the GOP needs, I think, is to be blamed for another government shutdown just before Election Day 2014.

What, if anything, could damage or diminish their electoral prospects more?