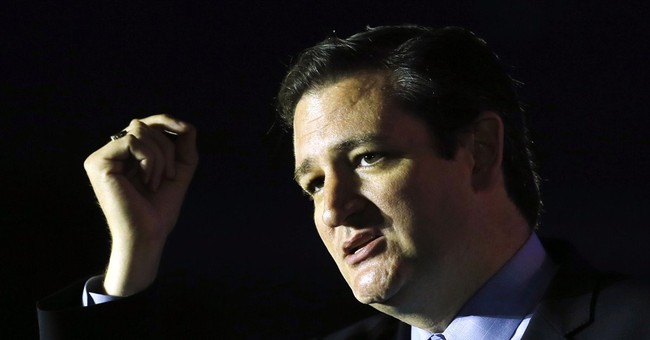 And yet, after refusing to renounce her Christian-faith, Meriam Ibrahim showed herself to be, among other things, a woman of remarkable courage and conviction. She was presented with a choice, a choice no one should ever have to make: renounce your faith, or suffer martyrdom. (The punishment in Sudan for the “crime” of apostasy is death by hanging). She refused, knowing full well the risks she was taking. But I can only speculate that her abiding sense of faith, and her trust in the Lord, are what sustained her. And sustain her still.

To his credit, Sen. Ted Cruz (R-TX), among other members of Congress, made her plight a top priority. Religious liberty is a human right, he argued, not one that is conditional or can be taken away. He therefore released this statement on Thursday, rejoicing she had been “brought out of the darkness.” He also praised government and religious leaders from around the world. Without them, Ms. Ibrahim's liberation would have been impossible:

“We rejoice today that our sister, Meriam Ibrahim, has been brought out of the darkness of persecution and into the light of liberty where she can worship freely and fully,” Sen. Cruz said.

“Great thanks are due to the government of Italy, which, not taking no for an answer, exerted the strongest diplomatic pressure to resolve Ms. Ibrahim’s case. Prime Minister Matteo Renzi publicly raised Ms. Ibrahim’s plight in recent weeks, and Foreign Minister Federica Mogherini has taken a personal interest in the case.

“Pope Francis has been a tireless advocate for Ms. Ibrahim through prayer, and their combined and sustained efforts have brought Ms. Ibrahim and her family to safety.

“Truly the Lord works in mysterious ways. Ms. Ibrahim’s long trial seemed at times hopeless, as a powerless woman was victimized by a brutal government that would torture and kill its own citizens for their faith. But its beautiful conclusion today when Pope Francis laid his hands on her in blessing reminds us of the boundless power of pure faith to lift up and preserve the weak and oppressed.

“It is also a call to action for all Christians around the globe to redouble our efforts to draw attention to the plight of the many Christians still suffering cruel and unjust imprisonment, including Pastor Saeed Abedini in Iran and Kenneth Bae in North Korea.

“The vicious persecution of the Christians of Iraq, especially Mosul, also commands our urgent attention. We prayerfully urge our government to engage fully in their cases.”