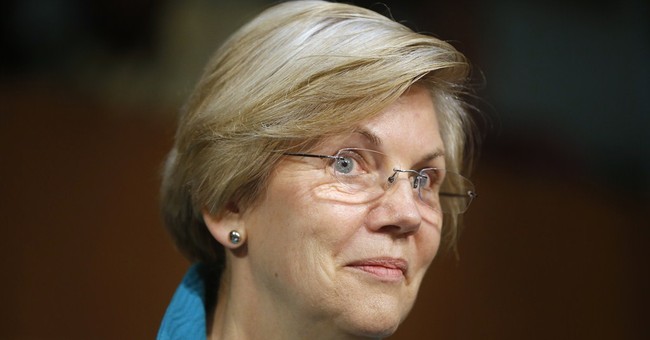 Some weekend fun for you.

Asked by Capitol City Project’s Joe Schoffstall on Friday whether or not she had a stated position on Israel's recent foray into Gaza, Sen. Elizabeth Warren (D-MA) couldn't be reached for comment. Instead, she did exactly what she did two years ago at Netroots Nation when facing tough questions from reporters: she ran away.

In a sense, one might call this the Gov. Chris Christie approach. That is, if you're a politician, never answer loaded questions about sensitive political issues unless you absolutely have to (although, in fairness, Gov. Christie doesn't always follow his own advice).

Nevertheless, better to be pilloried for running away from a question than saying something you might later regret. Right?

UPDATE: Thought you might enjoy this. If this song doesn't brighten your weekend, I don't know what will: