Obama: “We Will Not Be Sending US Troops Back to Iraq” 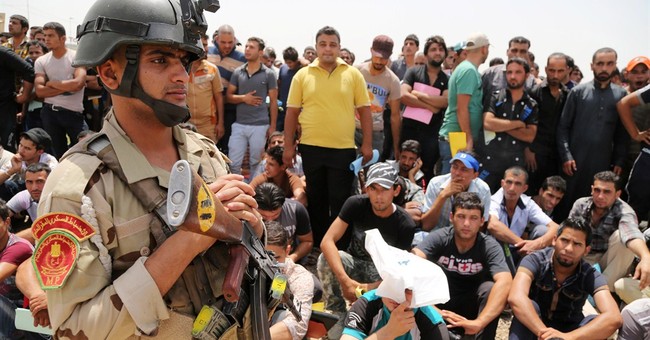 Before hoping on Air Force One to visit Standing Rock Reservation in North Dakota, the president gave a short press conference about the ongoing crisis in Iraq. He made it abundantly clear that U.S. forces would not be redeployed to the war-torn nation. At the same time, he said, he has instructed his national security team to come up with a list of “options” to help mitigate the bloodshed and instability in the region.

“We’ve seen significant gains by ISIS [in Iraq],” he noted, the vicious terrorist organization responsible for butchering soldiers and civilians and overrunning major Iraqi cities. “This poses a danger to Iraq and its people, and given the nature of these terrorists, it could pose a threat to the United States as well."

Nevertheless, he averred, “we will not be sending U.S. troops back to Iraq.”

“Any action that we may take…has to be joined by a serious effort to promote” a long-term political plan to stabilize the country, he continued. “We can't do it for them. And in the absence of this sort of political effort, short-term military action won't succeed."

“Iraq’s leaders have to demonstrate a willingness to make hard decisions and compromises on behalf of the Iraqi people,” he continued. “The United States will do our part–but understand it’s ultimately up to the Iraqis to solve their problems.”

He added that his national security team will be monitoring the situation in Iraq over the coming days. That being said, it wasn't immediately clear if military strikes are still on the table.