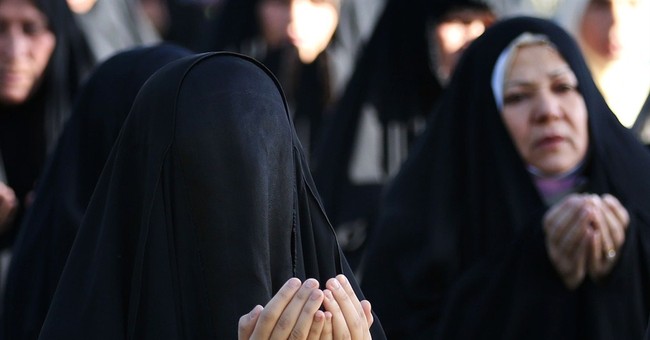 Choosing one's spouse -- i.e., defying the wishes of one’s family by rejecting a prearranged and preapproved marriage -- can have deadly consequences in places like Pakistan. But one of the many reasons why so-called “honor killings” are so grotesque is because family members often participate in these brutal and gruesome rituals.

For example, 25-year-old Farzana Iqbal was recently stoned to death by an unruly mob in Pakistan for the ‘dishonorable’ offense of marrying a man her family disapproved of. This brought 'shame' on her family. Therefore, several members of her family -- including her own father -- savagely beat her to death with bricks after she refused to leave her husband’s side outside a local court house:

A 25-year-old woman was stoned to death by her family outside one of Pakistan's top courts on Tuesday in a so-called "honor" killing for marrying the man she loved, police said.

Farzana Iqbal was waiting for the High Court in the eastern city of Lahore to open when a group of around dozen men began attacking her with bricks, said Umer Cheema, a senior police officer.

Her father, two brothers and former fiance were among the attackers, he said. Iqbal suffered severe head injuries and was pronounced dead in the hospital, police said.

All the suspects except her father escaped. He admitted killing his daughter, Cheema said, and explained it was a matter of honor. Many Pakistani families think a woman marrying her own choice of man brings dishonor on the family.

Iqbal had been engaged to her cousin but married another man, Cheema said. Her family registered a kidnapping case against him but Iqbal had come to court to argue that she had married of her own free will, he said.

Around 1,000 Pakistani women are killed every year by their families in honor killings, according to Pakistani rights group the Aurat Foundation.

The article goes on to note that so-called “honor killings” are illegal in Pakistan but due to a loophole in the statute many perpetrators get off scot-free. The government, meanwhile, does not keep a national database of statistics shedding light on how often and with what frequency these acts of cruelty are carried out. This is why the number of women -- and men -- believed to have died at the hands of their own relatives via stoning in Pakistan is probably much higher than commonly reported.