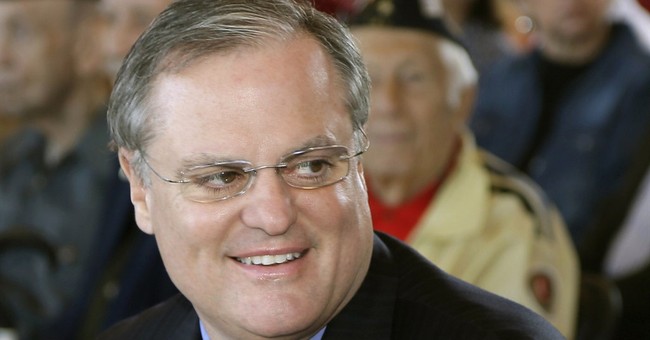 What to make of this poll jointly conducted by the New York Times and the Kaiser Family Foundation? After crosschecking other surveys at RCP, my colleague Ed Morrissey (who first flagged this story, by the way) concludes this poll is almost certainly an outlier. I tend to agree with him. After all, Sen. Mark Pryor (D-AR) is perhaps the number one Republican target running for re-election in the upper chamber. How on earth, then, is he leading Tom Cotton by double-digits in a state the president lost by 24 percentage points in 2012? Doesn’t make that much sense:

Senator Mark Pryor of Arkansas, a two-term incumbent who has been considered perhaps the most imperiled Democratic senator in the country, holds a 10-point lead over his Republican opponent, Representative Tom Cotton. Mr. Pryor, the son of a former senator, has an approval rating of 47 percent, with 38 percent of Arkansas voters disapproving of him.

Top line numbers are utterly meaningless, although still attention-grabbing, if the sample is skewed. And that’s apparently what’s going on here. The big take-away Senate Democrats will shout from the rooftops is that a race that was once deemed "competitive" is moving into safer Democratic waters. But that’s nonsense. The Weekly Standard’s Bill Kristol explains:

The whole point of question 12 is to provide a reality test for the sample. That's why they ask that question--we know what happened in 2012, so the only thing to be learned by asking the 2012 question of the sample is to ensure that it's a reasonably accurate snapshot of voters in the state. Of course there'll always be some variance between reality and the sample's report of its vote a year and a half ago--but not a 23 point variance.

A reputable news organization would have looked at question 12 and thrown the poll out. But then again, it was the New York Times.

Kristol argues the contest in Arkansas is exceedingly close. But at the same time, concedes after a barrage of anti-Cotton attack ads, Pryor "is probably now ahead by a point or two.” Still, “a point or two” is nowhere near the double-digit lead the New York Times claims Pryor now enjoys. He doesn't.

Low-information voters, I assume, will take these top-line numbers at face value. But they shouldn’t, of course -- and neither should anyone else.