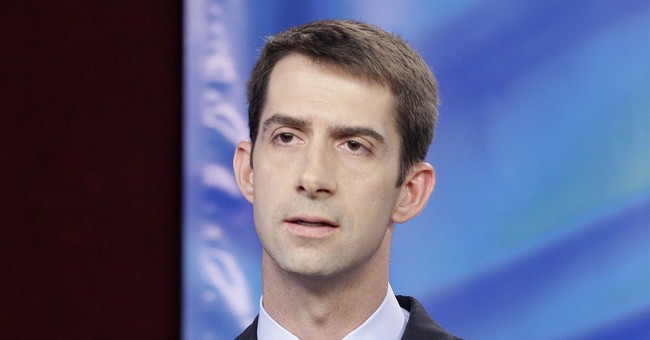 While maybe not the political “gaffe of the year,” Sen. Mark Pryor’s (D-AR) remark that his Republican challenger's military service gives him a “sense of entitlement” is certainly up there. Hence why Rep. Tom Cotton (R-AR) -- who is indeed running to unseat Sen. Pryor -- is now actively campaigning off his opponent’s verbal missteps.

If for no other reason, this spot is effective because (as Matt Lewis also notes) it reminds voters that Pryor actually said that. And that’s important to emphasize. I’ve never served in the armed services, of course, but I’m fairly certain one does not return from foreign battlefields feeling ‘entitled’; on the contrary, I imagine wearing the nation’s uniform is a deeply humbling and at times terrifying experience. Thus, accusing a combat veteran who just so happens to be your political opponent of having an empty resume -- especially when your own political career was almost certainly aided by family connections -- is hardly a resounding line of attack.

The more Arkansans that see this ad, the better: