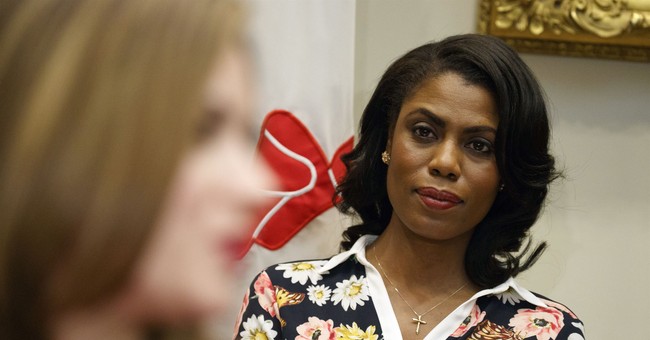 Omarosa Manigault-Newman, once one of President Trump's biggest defenders, has in recent months totally sworn off both him and his administration. The two have a 15-year history dating back to Manigault-Newman's unforgettable turn on "The Apprentice." Now, however, it is revealed that she recorded some private conversations in the White House. During an appearance on NBC's "Meet the Press," Manigault-Newman played some clips of her recorded conversation with White House Chief of Staff John Kelly when he fired her. She even secretly recorded some conversations she had with the president himself.

White House Deputy Press Secretary Hogan Gidley had something to say about it Monday morning.

Manigault-Newman's character "has been impugned beyond measure," Gidley said. The thought of her recording other employees and the leader of the free world is "completely disgraceful."

While Gidley said he "always got along with her" while the two worked in the White House, he "now wonders if she recorded some of the things we talked about as well."

Gidley is also suspicious of Manigault's change of heart and whether it had anything to do with fame and fortune. She once touted Trump as a friend to the black community and defended his character at every turn, but that apparently "wasn't paying his bills," Gidley mused. Now, she calls him a "racist." Her new book, full of details critical of the Trump White House, is sure to sell more than a few copies, he suggested.

Gidley also noticed how Manigault-Newman, once spurned by the media, now suddenly has a red carpet welcome.

The media "didn't give her credence when she worked here." But, now that she's a Trump trasher she's "the toast of the town."