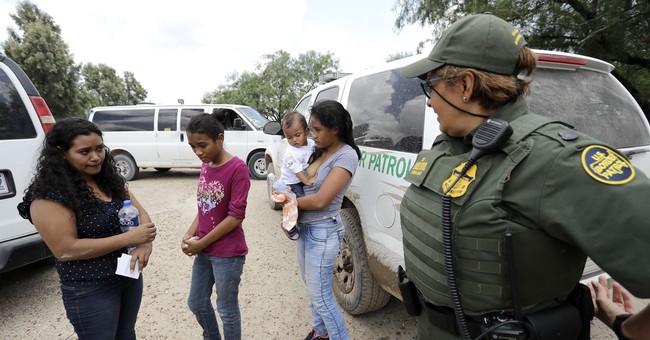 Hundreds of women have descended on Capitol Hill to protest the Trump administration's zero tolerance immigration policy which separates illegal immigrant families at the border. The president has signed an executive order to keep families intact after widespread opposition, but his action does not reunite children already separated from their parents.

The protesters taking part in the "Women Disobey" demonstration, which was organized by the Women's March, blocked D.C. streets near the Department of Justice headquarters. Some carried signs that read, "Love is Power," "We Will Tear Down Your Walls," and "ICE Detains Humans."

#WomenDisobey have 10th Street shut down outside the gates to the DOJ, all shouting WE CARE on this march’s first sit-in demanding a stop to family detention. pic.twitter.com/5PAIHWISWH

Actress Susan Sarandon made an appearance.

Then, the marchers made their way to congressional buildings on Capitol Hill, risking arrest in the process. The crowd started chanting, "We care!," referring to first lady Melania Trump's wardrobe choice in Texas last week.

#womendisobey rally in the Hart Senate building in D.C.

630 women in foil blankets are being arrested in Hart Office building now as they chant “Abolish ICE” and demand an end to family detention. #WOMENDISOBEY pic.twitter.com/k3J1lmqIPA

It wasn't just the nation's capital. Protesters rallied in all 50 states against the family detention policy.

In conjunction with the protests, some progressive activists and Democratic lawmakers have called for the dismantling of ICE.