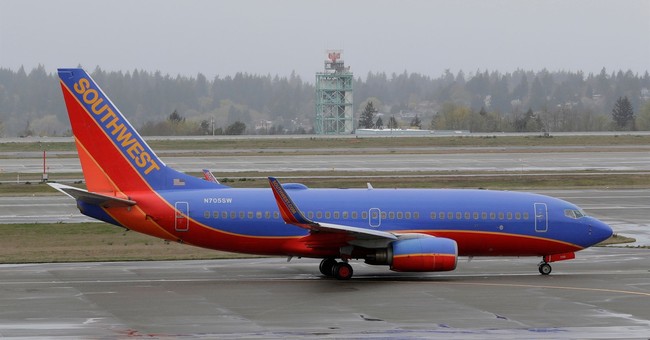 Another Southwest Airlines flight had to make an emergency landing Wednesday. Learning the plane had a cracked window, the pilot, who was flying the aircraft from Chicago to New Jersey, was forced to land prematurely in Cleveland. There are no reported injuries.

"The flight landed uneventfully in Cleveland," Southwest said in a statement. "The aircraft has been taken out of service, and our local Cleveland employees are working diligently to accommodate the 76 customers on a new aircraft to Newark."

This incident comes just two weeks after the tragic Southwest Airlines Flight 1380. During that trip, an engine failed and a window shattered. The woman who was seated by the window was sucked out of the plane, before fellow passengers managed to pull her back into the aircraft. Sadly, she died from her injuries. Despite the chaos, the pilot managed to make an emergency landing in Philadelphia.

Trump hosted the crew and passengers of the 1380 flight at the White House Tuesday to recognize their heroic efforts.