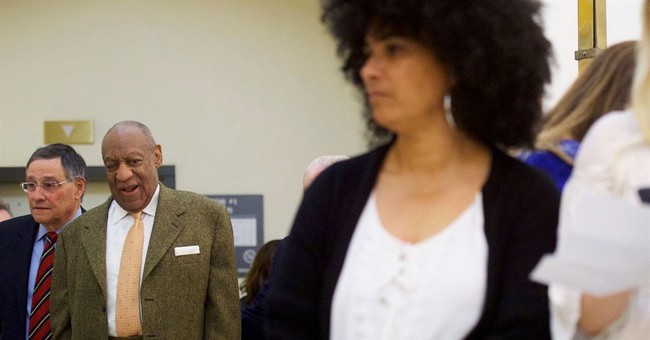 Bill Cosby was found guilty on three counts of aggravated indecent assault at a Philadelphia courthouse Thursday. He now faces over 30 years in prison. Over 60 women have accused the once beloved TV star of sexually assaulting them. After the verdict, Cosby reportedly erupted in a tirade, cursing out District Attorney Kevin Steele.

Activists are calling the concluded trial the first high profile victory of the "Me Too" movement. A few of the accusers were so overcome with emotion they embraced one another after the verdict.

Incredible scenes as women run weeping from the courtroom immediately after Cosby is found GUITLY, and tearfully embrace one another. pic.twitter.com/5GWThXycx9

Gloria Allred, the attorney for Cosby's accusers, held a brief press conference with a few of the victims after the verdict.

Although the justice system is "lightyears" behind the modern culture, Cosby accuser Lili Bernard, who says he drugged and raped her while she was on "The Cosby Show" thanked the jury for their decision.

The verdict proves "women are worthy of being believed," Bernard said.

Speaking later on CNN, Bernard said Cosby should not be allowed to go home in the interim. He should go straight to jail like any "common, depraved lying coward."

Bill Cosby briefly showed his face outside of the courthouse following the verdict. His attorney, Tom Mesereau, said they were disappointed by the result, but added "the fight is not over."