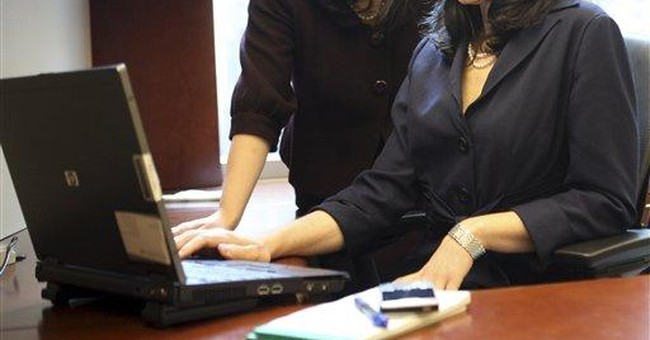 Pregnant female employees deserve the same treatment and accommodations as their coworkers, sponsors of the new Pregnancy Discrimination Amendment Act argue. Congressman Tim Walberg (R-MI) and Senator Lisa Murkowski (R-AK) have introduced this new legislation as a way to ensure that the original 1978 bill is clarified and enforced.

“It’s important to ensure women are provided the same protections for pregnancy just as they are for other health issues,” said Congressman Tim Walberg, Chairman of the Workforce Protections Subcommittee. “Unfortunately, the law has been unclear on this issue, but our bill will affirm the intended treatment under the PDA and empower families and working moms-to-be nationwide.”

Walberg and Murkowski pushed forward this act after the Young v. United Parcel Service, Inc. ruling failed to ensure working women they would be covered by the provisions in The Pregnancy Discrimination Act of 1978. The initial bill’s language outlines protections in hiring and working conditions, maternity leave and health insurance.

While meeting the needs of working women shouldn’t be a partisan effort, Republicans and Democrats seem to once again be divided on how to proceed, with members of each party introducing separate pieces of legislation.

“This legislation will make clear that expecting mothers cannot be discriminated against in the workplace. And it will ensure that pregnant employees have access to every accommodation given to employees in similar working conditions—providing the flexibility to continue working and supporting their families,” said Senator Lamar Alexander, Chairman of the Senate Committee on Health, Education, Labor and Pensions. “This legislation will accomplish all of that without adding the unclear and duplicative requirements Senate Democrats are proposing that will cause confusion for employers and workers alike.”

The “confusing” Democratic effort he’s referring to, the Pregnant Workers Fairness Act, is described as such.

The legislation, which is closely modeled after the Americans with Disabilities Act (ADA), would require employers to make reasonable accommodations -- such as a minor job modification – that would allow pregnant workers to continue working and prevent them from being forced out on leave or out of their jobs. The bill also prohibits employers from denying employment opportunities to women based on their need for reasonable accommodations related to pregnancy, childbirth, or related medical conditions.

The Independent Women's Forum analysis concluded that the Democrats' legislation sounds great on paper, but would come with some unwanted baggage in the real world:

This sounds great at first read—who wouldn’t want to help pregnant women and punish terrible bosses that treat women badly?—but it’s important to consider carefully how such new laws will play out in the real world. Will they really help women by preventing discrimination and compensating those who are treated badly? Or will they do more damage to women’s economic prospects by making employers more reticent to hire women of childbearing age in the first place?

Their efforts are a bit diverse, but hopefully Congress’s motives are sincere. We can all agree that employed females who become pregnant should not be punished in the workplace.