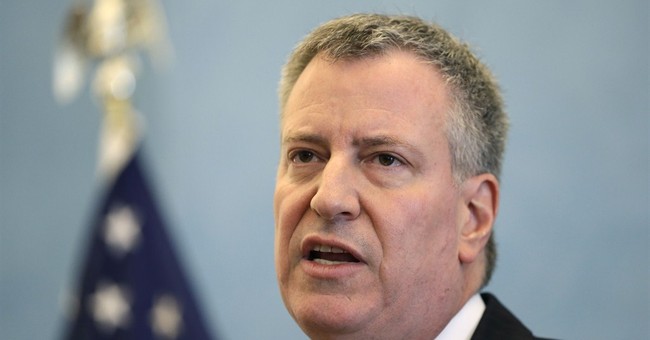 The Contract with America is getting a progressive makeover. In his attempt to address income inequality, liberal mayor Bill de Blasio is unveiling a new progressive plan on Tuesday that takes some surprising inspiration from former Republican Speaker of the House Newt Gingrich.

During the Clinton administration, Speaker Gingrich, along with more than 300 Republicans in the House of Representatives, promised the American people to bring before Congress a balanced budget amendment, real welfare reform, job creation, and a stronger national defense, among other conservative tenets. Probably the last person you’d expect to take cues from Gingrich’s contract is Bill de Blasio. Yet, he is now borrowing the Republican’s idea to push forward progressive policies. Contract with America 2.0, or the Progressive Agenda to Combat Income Inequality, includes 13 points, including a 15 percent minimum wage, universal pre-kindergarten, and “tax fairness,” an increase on the tax on carried interest.

Why is De Blasio seeking such significant national changes? He insists we need a new FDR.

The New Deal was a series of bold, experimental actions to address people's reality, and they could see and touch and feel the response in their lives. Today, there's literally nothing. This is the anti-New Deal.

"A serious national debate would start with that. It goes beyond Hillary, it goes beyond the presidential campaign. We're having to restart the discussion and bring it back to the reality of people's lives."

De Blasio’s new plan is just another indication that this mayor is more radical than your average liberal. Among many of his progressive policies, De Blasio has scaled back New York’s effective stop-and-frisk policy, launched a program that allowed undocumented New Yorkers to easily open bank accounts and rent apartments, and has even tried to ban those historic horse drawn carriages that have made New Yorkers smile for over 150 years.

The mayor’s full plan will be revealed next week in front of the U.S. Capitol. Let's hope it doesn't "progress" far.