Huh: Saying 'Bush v. Clinton 2016' is Sexist, According to Feminists 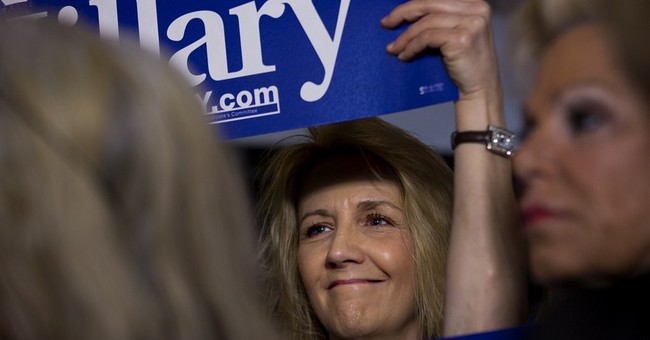 This weekend in Richmond, the Virginia chapter of the National Organization for Women held their first annual Young Feminists Conference. I went in with an open mind, considering that maybe modern feminism isn't as aggressive as I had come to know it. Yet, even as I sat through the introductory remarks to the conference, the stereotypes were all but confirmed. At different points in her statement to the attendees, the opening speaker referred to some men in power as "ignorant guys" who don't understand women's bodily autonomy and as for those other "old guys" in power, we've got to "stand up and get in their face."

However, it was an argument made in one of the first panels of the day that really had me looking for the exit signs. In a panel titled, "Running for Office Against a Glass Ceiling," a discussion that was meant to encourage women to seek higher political office, one of the speakers had an interesting take on the potential Bush v. Clinton 2016 presidential battle. (Jeb Bush versus Hillary Clinton.) Here's why Dr. Deirdre Condit, Associate Professor and Chair of the Political Science Department at Virginia Commonwealth University, thinks such a war title is 'sexist.'

"Hillary Clinton is being pilloried because she has her husband's last name."

Condit provided a full account of how Hillary wanted to keep her maiden name, "Rodham," yet changed it just so she could help get her husband elected. (It wouldn't appear they were such a happily married couple to the American people if she refused his name, Condit suggested.)

"We still think of all women as daughters and wives, she said. "It's a sexist response to a woman candidate, we cannot see her separately from her husband."

Her fellow panelists nodded along with her breathless assertions.

This is what I would've said had I not been dumbfounded: "Excuse me, Hillary may not be a Clinton by blood, but she chose to marry into the family. Can't a married woman who chooses her husband's last name still be her own independent woman?" Any American knows that the media is not reporting on "Bush v. Clinton" out of sexism, but to highlight an interesting and potential clash between these two powerful political dynasties.

I also couldn't help thinking about how hypocritical it was for the feminists at this conference to defend Hillary as much as they did, for her track record on women's rights is poor at best. Not only did she defend a man who raped an underage girl back in 1975, she also paid women less while serving in the New York State Senate. Oh yeah, and she and her husband have also accepted donations from countries riddled with human rights abuses.These facts were all lost on the conference goers.

When the panel wasn't busy calling people sexist, they were listing nationwide statistics on the dearth of female politicians, suggesting America has a ways to go before achieving gender equality. A few reasons they provided as to why this is the case is because men are just so greedy and power hungry. "We teach men from birth to say give me money," Dr. Cordin said. She then explained how men are driven by their egos.

"Women are 'less ambitious.' Women are not as status driven as men. they do it because they are policy or issue driven and they want to change things. They're not saying, 'I think I shall be king.'"

The panel was not encouraging. I found it as little more than an hour and a half opportunity to demean men. Women should campaign more. We should seek to run in politics. But, we don't have to do it by trying to drag men from office. For, regardless of what these panelists tried to claim, many men seek to serve out of passion for their constituents too.

If a candidate is ready and willing to serve the people, it shouldn't matter what gender they are; all that matters is that they can get the job done. So go ahead ladies, get your name out there - maiden or not.