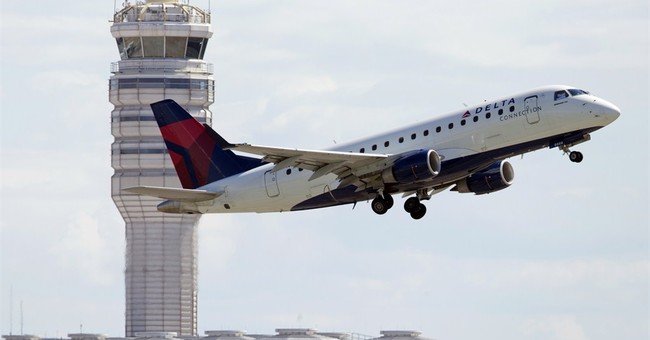 The Washington Post recently conducted a survey of Washington, DC area residents, asking them what they prefer to call the busy airport. The results show that while younger people tend to call it by its current title, Reagan National, older, liberal commuters refuse to utter the name of the conservative president. In total, 72 percent of Republicans surveyed said they refer to it as 'Reagan' or 'Reagan National,' while only 35 percent of Democrats acknowledged the airport by that name.

“I’m still mad about the name, because of how it got passed. It got forced upon all the people here by a small group of powerful men in Congress,” says survey respondent Jason West, 57, a business analyst who lives in D.C.

“It’s almost like all those Republicans wanted to stick a middle finger up to all the people who live here,” West recalls. “I don’t know why [President Bill] Clinton didn’t veto it.”

Yeesh. Talk about being overly sensitive. I'm not the biggest fan of John F. Kennedy or his policies, but am I going to stop calling New York City's main international airport JFK? Of course not.

Interestingly, it's not just commuters who are rejecting the 'Reagan National' title. One of President Reagan's most notable demonstrations while he served in the Oval Office has apparently left pilots with a bad taste in their mouths as well.

That's right. Because of a decision made over 30 years ago that, in context, was a fair one, (Reagan warned the striking pilots they would lose their job if they didn't return to work), pilots flying into DC today reject his name.

WaPo did manage, however, to find at least one DC resident who had some common sense. Chris Sloan, 50, is a banker from Connecticut and happens to be a Republican, yet his reason for calling the airport 'Reagan' has nothing to do with his party.

A liberal who is bold enough to call it the 'Reagan airport' does not have to worry about their conscience - it's just a name. They are not denouncing their long held beliefs; they're taking a mode of transportation.

If you still refuse to let go of grudges or bitterness toward the 40th president and can't even fly from an airport named Reagan, go fly a kite.