Kerry: It Was 'Odd' Boehner Invited Netanyahu to Address Congress 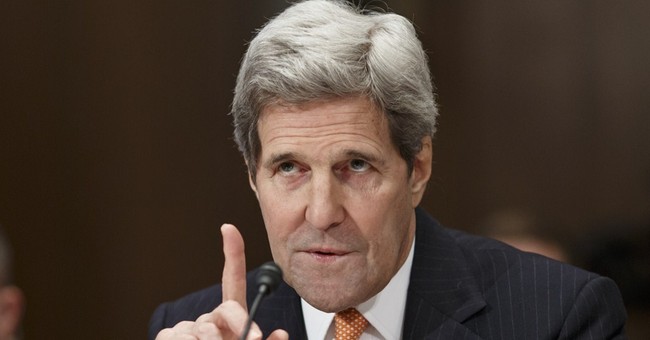 Here’s what Kerry had to say about Boehner’s daring invitation Sunday morning on ABC’s "This Week:

“It was odd, if not unique, that we learned of it from the speaker of the House and that an administration was not included in this process," he said. "But the administration is not seeking to politicize this.”

While insisting the White House has no political desires in regards to the foreign leaders' appearance (Kerry said they don't want it to become a "poltical football"), some have suggested that Netanyahu may have political motivations, seeing as his visit is taking place just two weeks before Israeli elections.

Kerry isn’t the only member of the Obama administration to express frustration with Netanyahu’s visit. Speaking with PBS’s Charlie Rose, National Security Advisor Susan Rice said Netanyahu’s speech will be “destructive” to the America-Israel relationship.

As for Netanyahu, he clearly seems to have other motives – and deadlines – in mind. Speaking to the Conference of Presidents last week, the prime minister passionately explained that he is going to Washington now because of the important nuclear arms deal with Iran that is approaching at the end of March.

“Israel has been offered the opportunity to make its case on this crucial issue before the world’s most important Parliament. A speech before Congress allows Israel to present its position to the elected representatives to the American people and to a worldwide audience.”

America, he continued, has the ability to place needed pressure on Iran. Netanyahu then asked an important question:

“How could any responsible Israeli Prime Minister refuse to speak to Congress on a matter so important to Israel’s survival?”

Yet, the Obama administration continues to suggest Netanyahu’s visit is an unwelcome one and some Democrats have even threatened to boycott the speech.

Perhaps sensing backlash for the Obama White House's irritated reaction to Netanyahu's upcoming surprise speech, Kerry tried to defend the administration’s relationship with Israel. He did this by pointing out that America has intervened on behalf of Israel a couple of hundred times in just the past two years.

Well, numbers tell one story, but President Obama and his administration’s exasperated attitude toward Netanyahu and Israel suggests our nations are not so close after all. Can you remember any other administration daring to say this about our long term friend in the Middle East?

After all this, President Obama, the Secretary of State and other senior officials in the White House continue to claim they are Israel’s friend.

Well, if that’s true, then they have an “odd” way of showing it.