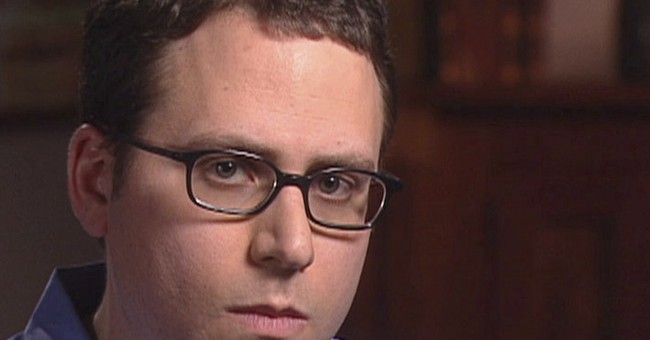 “Shattered Glass,” a film starring Hayden Christensen, recounts the journalism career of Stephen Glass. Adored by colleagues for his creativity and ambition, the New Republic writer seemed to have a promising future. Unfortunately, much of that originality he brought to each editorial meeting, was a lie. He had fabricated dozens of articles. As a result, he was promptly fired and thereafter scorned by the Fourth Estate.

Then, we have Sabrina Rubin Erdely of Rolling Stone. Her life has not been made into a movie, but the script would be just as compelling as her career seems to be heading in the same direction. She is currently under fire for botching a story about an alleged gang rape at the University of Virginia. Among other omissions, Erdely failed to contact the alleged rapists and her report was very critical of both the fraternity and the school. Taking the report very seriously, the university suspended all fraternities. Following heavy criticism of her biased, one-sided reporting, however, Erdely retracted the piece.

What do these two cases of botched journalism have in common? Well, it seems birds of a fabricated feather flock together. You see, Erdely worked under Glass when she contributed to the UPenn newspaper. In a case of sheer irony, Glass once disciplined Erdely out for submitting a story she had made up, according to The Federalist. A 2006 book entitled “Penn in Ink” details the encounter (Erdely’s last name at the time was Rubin):

Sabrina Rubin, who says she and the rest of the editorial board “adored” [Stephen Glass], puts it another way: “There are reporters who get ahead because they’re great schmoozers, and I think Steve was definitely one of them.” When he became the paper’s executive editor, the editorial board hailed him as a “man of principle,” and in her Philadelphia Magazine piece, Rubin describes how Glass threw a righteous fit when she and a colleague concocted a funny and obviously made-up travel story for 34th Street–going so far as to call an emergency session of the [Daily Pennsylvanian's] Alumni Association board to apprise them of the transgression.

So, Erdely was once berated for making up a story by one of journalism’s most famous fabricators. Maybe it was destiny?

Fabrication not only puts an editor’s job at risk, it puts subjects' lives at risk. Thanks to Erdely's shoddy journalism, Jackie, the woman who came forward to Rolling Stone with her story, no matter how true it was, is dealing with the fact that the magazine's botched reporting has become a bigger story, and the young men accused of rape now have to live with these accusations for the rest of their lives.

Shamefully, Erdely still has her job. Let's hope, like Glass, she doesn't get her happy ending.