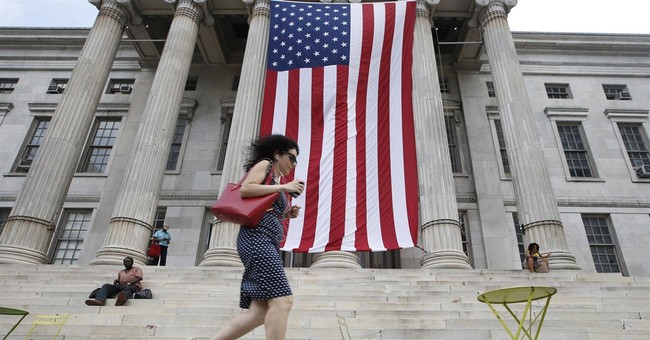 Remember when President Obama touted the Affordable Care Act by claiming if you "liked your plan you could keep it"? He earned Politifact's 2013 "Lie of the Year" for that whopper. Amazingly, several other Democrats made the same false promise. Knowing what we know now, wouldn't you want to expose any politician who stood behind that misleading statement? Well, if someone uttered those words in the state of New York, you may now be forced to let it slide. A new law in the Empire State, which some are calling the 'shut up rule,' could allow such lofty claims to go unchallenged.

The New York Board of Elections, in an attempt to regulate political spending by special interest groups during campaigns, has enacted "emergency regulations" that would make it much more difficult to challenge political speech:

The new regulations require individuals and groups spending on races -- independently of candidates and political parties -- to register with the state as a political committee and file financial reports that list so-called “independent expenditures.”

If citizens fail to register as a political committees when trying to voice their political opinions, the Board can fine them at least $1,000.

A $1,000 fine. For exercising your First Amendment right.

New York may be trying to reign in campaign spending, but it doesn't justify suppressing New Yorkers' free speech. Critics say that the regulations would even affect someone simply trying to hand out fliers in his or her neighborhood.

When politicians stretch the truth - either by falsely accusing their opponents of wrongdoing or exaggerating their own accomplishments - they should be held accountable by their constituents. Yet, in New York, it seems like it's about to get a whole lot easier for politicians' to get away with outright falsehoods. Thanks to this new law, I guess we'd have to accept as fact whenever a politician claims they "took the initiative" in creating the internet.